Resilience in times of coronavirus and oil price collapse 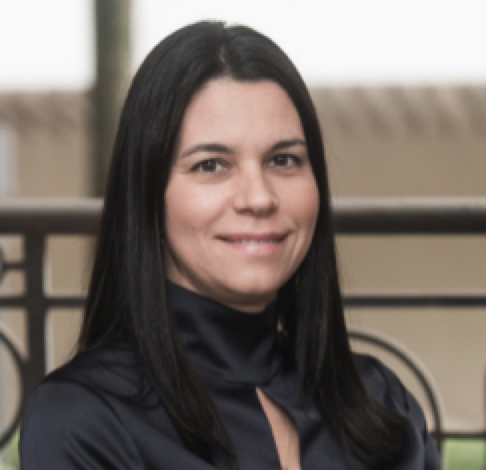 In a period of high global uncertainty, concerns over the coronavirus pandemic add to a collapse of oil prices, with negative impacts on the economic viability of many projects.

Under this scenario, the likelihood that Brazil's government postpones infrastructure auctions grows.

BNamericas talked to Marina Anselmo Schneider (pictured), a partner specialized in project finance and infrastructure at Brazilian law firm Mattos Filho, Veiga Filho, Marrey Jr. e Quiroga Advogados, about that scenario and the sectors that are not as highly exposed to the economic headwinds.

BNamericas: Is it already possible to gauge which sectors in Brazil and in the world the coronavirus outbreak affected the most?

Schneider: All sectors will be affected in some way, but the impacts will be differ.

I see a relevant impact already in the oil and gas sector. The combination of problems related to the conflict between Russia and Saudi Arabia has greatly affected the oil price.

Oil prices are fundamental to guarantee the viability of projects and in this current price range, many become unfeasible.

The main question now will be to see when the price recovers and at what level.

I started by talking about the oil issue because it affects in general all economic activity across the globe.

BNamericas: What other sectors give you the most concern right now?

Schneider: The airport sector, without a doubt. We already see a very strong effect on airlines, and when a recovery in this sector happens it will be very slow.

Once the worst phase of the coronavirus crisis has passed, people will still resist a while to resume flight travel.

The highway sector is also likely to be affected by the lower number of leisure travel. But impact on the highways connecting large cities tends to be less profound, because of truck traffic; cargo transport must remain normal.

Another sector that should see an impact is that of urban mobility. We are already seeing local governments restricting the operating hours of metros, trains, and this affects the segment.

BNamericas: Given the decline in various segments, what are the next effects?

Schneider: From now on, we should see many operators and concessionaires asking authorities for measures to rebalance existing contracts.

This is already happening with airports, and other segments I already mentioned plus the port sector, should follow.

We are living an unprecedented moment, and in Brazil this crisis came exactly at a time when the economy already had difficulties to expand.

BNamericas: The government plans to offer in the coming months and years a major concessions and privatizations portfolio. Is that plan at risk?

Schneider: Canadian, US, Chinese and European investors are very active players in Brazil's infrastructure area and now they tend to be more cautious.

Some auctions the Brazilian government has scheduled for this year have great chances of being postponed, even some scheduled for next year.

We must remember that Brazil, in addition to the coronavirus issue, also experiences a worsening political crisis. That said, the scenario looks like many of the planned investments in these concessions will happen, but they can be postponed.

BNamericas: Do you see any sector less exposed to the crisis?

Schneider: The sanitation sector is the one that is least exposed to volatility and we have seen many players interested in entering this segment. We have no news that projects in this area will be postponed.

The electricity sector has also been resilient to crises. We have not yet seen reduced appetite of investors in that area.

BNamericas: The currency depreciated a lot compared to the dollar, does this depreciation make Brazilian assets and projects more attractive to international investors?

Schneider: Our experience shows that the exchange rate is a factor that helps to foster the interest of the investor, however it is not certain.

Longer-term investments do not just consider the exchange rate issue; these investors are also interested in the economic outlook to find assets that make sense.

BNamericas: Have you noticed any restrictions on credit or project financing?

Schneider: We still don't see credit restriction but we already see signs of credit becoming more expensive. Without a doubt, months after this crisis, banks will be more selective in granting credit.

BNamericas: Over the last few days, we have seen protests emerging against President Jair Bolsonaro. Could these protests hint at the population's discontent regarding privatizations?

Schneider: I think the protests we have seen are more linked to the person of the president than to the privatization and concessions agenda.

It is true that today we have a congress open to reforms and privatizations, but I think it is too early to say that the winds are changing.

I think the discontent today is more linked to individual attitudes.

One point that this crisis may change a little is the perception that the government may have to increase public investments in the economy and in infrastructure and not leave everything to the private sector.

Estimated investment is put at 4bn reais (about US$800mn) over the 30-year concession.

Want to read more information about Resilience in times of coronavirus and oil price collapse?