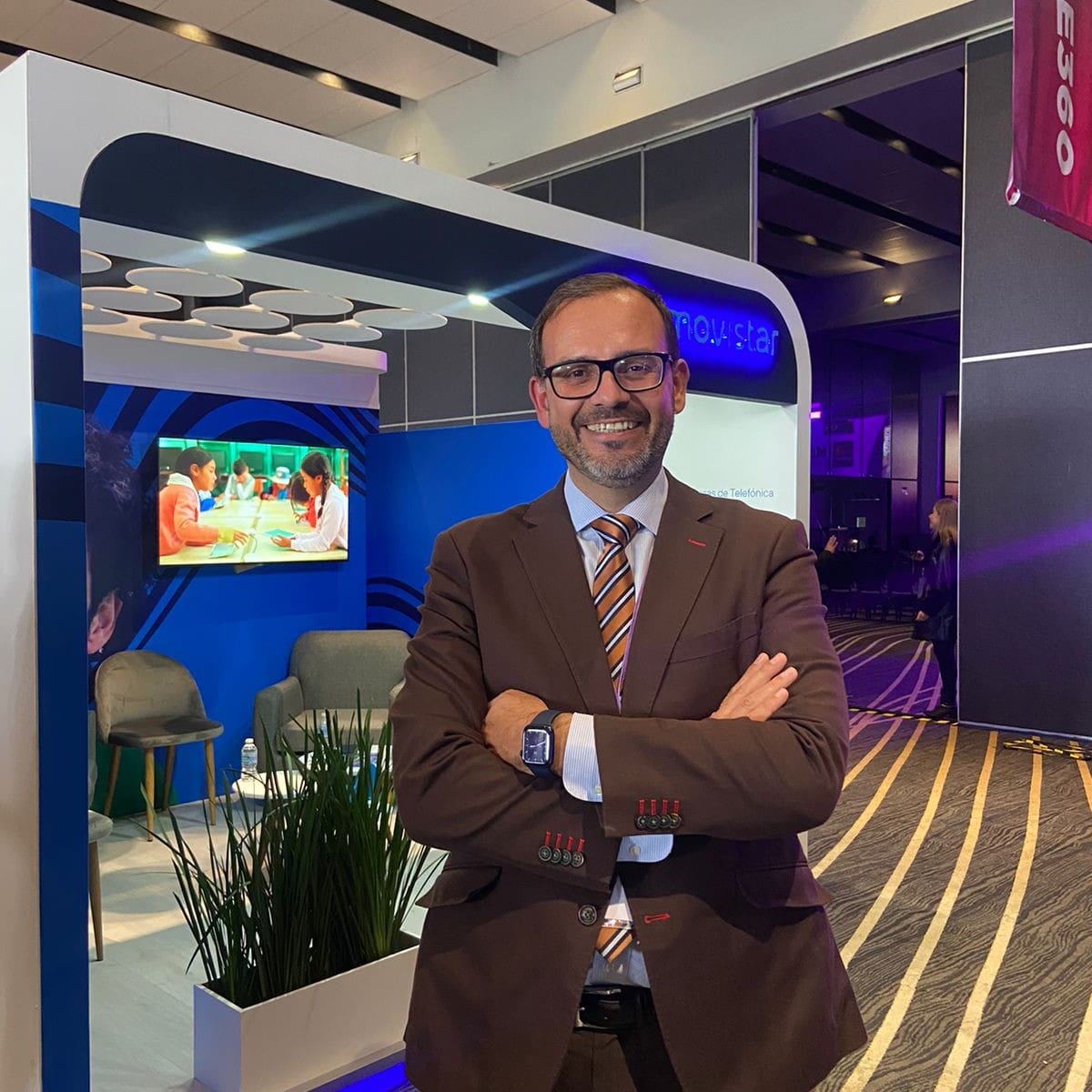 Next year, the company plans to expand its fixed network business in the region without abandoning its established mobile business, José Juan Haro, director of public affairs and wholesale business at Telefónica Hispam, tells BNamericas in this interview.

Haro also talks about the state of the regional market and network sharing, among others.

BNamericas: How is the partnership with US fund KKR on the Colombian neutral network player advancing?

Haro: In Colombia and Chile, we have set up two fiber deployment companies under a neutral wholesale modality. The two companies are called ON Net and are 60% KKR- and 40% Telefónica-owned. This has allowed us to accelerate fiber deployment in both countries. We are currently deploying around 100,000 passed real estate units; that is, 100,000 homes per month in Chile and some 130,000 units in Colombia. We are aiming to conclude this year the first deployment plan in Chile with almost 4mn real estate units passed.

ON Net has just signed a second wholesale contract, which is still pending regulatory approval in Chile, and which has contributed around 1.2mn additional passed real estate units to the network.

We are growing in the vehicle to exceed 5mn units passed. That fiber deployment of the last three years in Chile and the symmetrical speeds we offer today – the order of 900 symmetrical megabytes to go up and down –  have allowed us to reach and recover broadband leadership, already surpassing VTR, which had long been the broadband leader in the Chilean market.

In Colombia, the plan is somewhat more ambitious. It will take us to almost 5mn real estate units passed. We are also talking about a country larger than Chile and hope to cover around 90 cities with our fiber.

We have already achieved leadership in the fiber market but not yet in the broadband market. But we are on the right track and reached a really important deployment pace. In both countries, this business will deploy very quickly, rapidly expand coverage, cover most of the national territory and ensure that this network is used by more than one operator. We are also piloting it to be able to launch in other countries.

BNamericas: How high is Peru on your fiber list?

Haro: In Peru, we already have a fiber company independent of Telefónica de Perú. We launched it into operation this year. All Peruvian deployments of the Telefónica group have been done through Pangeaco. It is a telecoms services concessionaire that received its concession almost three years ago. Just this year a 100% subsidiary of Telefónica Hispam has started operations and built [a portfolio of] almost 600,000 real estate units in the country.

It is still a unit in which the group participates 100x100. One option for the future is to welcome an investor as we have done externally in Chile and Colombia, but meanwhile Pangeaco's deployment plan is very clear and we should take it over the next five years to cover around 5mn homes in Peru. Today, Telefónica de Perú has more or less 2mn homes passed with fiber; Pangeaco has deployed some 600,000 homes, that is, we are already at almost 3mn units passed the group has in the country.

BNamericas: What is the outlook for launching a wholesale network in other countries?

Haro: We in the mobile world have experience in sharing and wholesale business in various countries. For example, in Peru we launched the Internet for All wholesale rural operator in May 2019, a joint venture between Telefónica, Meta, the Inter-American Development Bank and [Central American development bank] CAF.

During these three years, the company has covered 15,000 populated centers with 4G, provided mobile coverage to around 3mn Peruvians who previously did not have access to mobile data and has shown that it is possible to build this model in a cooperative way – the network is used by Telefónica, Entel and América Móvil – and in a financially sustainable way.

In Mexico, it is public that we decided at the end of 2019 to return 100% of our spectrum to the government and that we agreed to transfer our traffic to the AT&T network and that process took place between November 2019 and June 2022. All our customers currently operate on the AT&T network and this is a sharing model that has clearly made us more efficient and placed not only us but also AT&T in a better position to compete.

To this must be added the 4G sharing agreement we have with Tigo in Colombia for the AWS band that we have recently renewed.

Our vision, particularly for 5G, is that we must deepen our sharing models in the region. We cannot give up being more efficient because being so means having more customers in a more sustainable way.

Haro: Altán is a different model from all those I have mentioned because the models we have built together with other operators are models built from the market, through voluntary agreements.

In the case of Altán, we are talking about a project launched by the State that had an unlimited number of bidders in its initial moment and that later had to face financial unsustainability because although it had virtual mobile operators with customers, it failed to attract large operators.

So, in Mexico it is in a second stage. The federal government has taken control of [Red Compartida] and we effectively understand that they are redesigning and rethinking the model.

BNamericas: What are next year’s investment highlights in the region?

Haro: We are working in Latin America with a very clear focus on operational transformation. We are, of course, the main Spanish-American fiber operator. We have almost 15mn real estate units passed, and this did not exist two years ago and we are meeting our fixed and mobile coverage objectives through cooperation mechanisms such as the ones we have discussed.

This has allowed us to return to growth and generate positive cash flows, which I believe our shareholders view with great interest. So we're going to dig deeper, we're going to continue to bet on the region, continuing to ramp up fiber and making sure that we have our customers' mobile networks.

BNamericas: What do you think about the speculation earlier this year that Telefónica could leave Latin America? What could you drop from your business plan?

Haro: Telefónica is the first regional group to bet on Latin America. We have a 30-year track record in the region and have been through thick and thin, in expansive and recessive cycles, and we have effectively transmitted clearly that we are not satisfied with the levels of profitability in the Hispanic American legal, regulatory, fiscal context.

But that does not mean that we do not see Latin America’s future with optimism. It simply means that we have to look for alternative business models that allow us to achieve these returns and continue serving Latin America well, and that also means that we expect a positive, public-private conversation with the States to find sustainable ways that guarantee not only for Telefónica but all telecoms operators the profitability conditions our shareholders demand.

BNamericas: Could you highlight the main challenges for 2023?

Haro: Continue accelerating and maintaining our leadership in the fiber market in Latin America. In 2023, we’ll have to close our mobile concession renewal agreements with several countries in which we operate. And we want to be more efficient in the mobile world; we are convinced [2023] will be a year of mobile efficiency.

The Canada-based group reached 334 towers in its core markets of Colombia, Ecuador and Mexico, with 367 tenants for those sites.

Various spectrum tenders are expected to be carried out in the region next year, aimed at deploying 5G, expanding available 4G capacity and offerin...

Want to read more information about Telefónica Hispam to up its LatAm fiber bet?