Why Central America is a strategic region for China 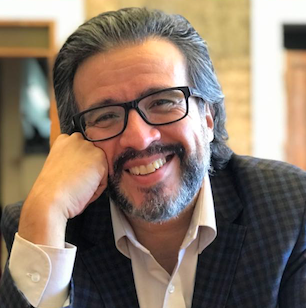 China has a growing presence in several Central American countries, and Nicaragua and El Salvador are seeking free trade agreements to boost their exports to the Chinese market.

To learn more about these political and economic developments, BNamericas interviewed Eduardo Núñez, who is a Costa Rican political analyst based in Guatemala.

BNamericas: What is the current outlook for diplomatic relations between Central American nations and China?

Núñez: The first country that approached China was Costa Rica, then Panama, then El Salvador, and now it is an issue that is being raised in Honduras. The reasons for the south of Central America - Costa Rica, Panama and the Dominican Republic - to establish relations are associated with a market rationality due to the size of the Chinese market, the growth rate of its economy, and to boost exports. There is not a geopolitical reason, which changes to a certain extent when we talk about Nicaragua or El Salvador.

BNamericas: What about Nicaragua?

Núñez: In the case of the regime of Nicaraguan President Daniel Ortega, there is an interest in generating a political counterweight in the region through rapprochement with China, to break the isolation they have faced. There is an ideological position, antagonistic in its narrative towards the US, and which sees the possibility that a more intense Chinese presence translates into diversification.

This situation was accentuated due to the domestic political crisis in Nicaragua in 2018, when the Ortega government assumed a repressive policy regarding the demands for internal political change. This prompted the regime to deepen relations with countries that are not willing to adopt sanctions against the policy of control and repression of the opposition. For this reason, it sought the relationship with China, increased military cooperation with Russia, rapprochement in economic and political areas with Iran, and closer ties with Turkey.

BNamericas: Is the situation in El Salvador similar?

Núñez: El Salvador is a country that has a very popular young president who has offered a very limited agenda of results in terms of politics, basically around security issues, good management of the pandemic, and now a very aggressive program linked to with the development of infrastructure in the country. This agenda has sold the idea that it is a new government with a future perspective, very effective, and that to be effective it requires internal hegemonic political conditions.

President Nayib Bukele is in the midst of a process of concentration of power, mainly from May 2021 when his party assumes control of the legislative assembly. This has also allowed it to control the supreme court, the prosecutor's office, the supervision bodies, etc. This has generated international political tensions, mainly with the US. In this context, Bukele emphasizes the relationship with China essentially for two reasons. One of them is that the Salvadoran economy is one of the least diversified in Central America, along with Nicaragua and Honduras, and one of the economies with the lowest growth in the last 15 years. With this rate of growth, the president's modernization project is not viable. So you need to expand your economic model and for that you need to diversify markets. That is why Bukele proposes an FTA [free trade agreement] with China.

The second reason behind Bukele's position is that he needs to get closer to China as a way of responding to pressure from the US government to make political and electoral concessions towards democracy and human rights, which he does not want to do. In other words, he is looking to be re-elected in February 2024. With an average approval rating of 83% in the most negative polls for him, and with no opposition alternatives, it is unlikely that someone will remove him from power. So he uses the Chinese presence in the country as a factor of political diversification.

BNamericas: From the Chinese side, what do these diplomatic relations represent?

Núñez: From the Chinese perspective, there is a real interest in further isolating Taiwan because Central America was the only region that was consistently having diplomatic relations with Taiwan. The Chinese perspective is indeed part of the 'one China' strategy, as it has been known. Until now, what is being understood about the Chinese is that the heart of their international diplomatic strategy is economic cooperation by offering entry to the Chinese market.

My impression is that in this type of trade agreements the Chinese gain more than they lose, and this partly explains the very strong economic growth that that country has had in the last 10 or 15 years. However, they do seek an increase in their global presence and to compete as a global geopolitical actor, although their discourse is that their intervention is more of an economic nature. What this shows is an interest in generating investments in strategic infrastructure and in areas such as mining, lithium, etc.

BNamericas: Following this logic, what would China's main geopolitical objective be?

Núñez: I honestly believe that China aspires to be a global geopolitical actor, it already is, but currently it does not have the influence that the US has, or the military capacity that the Russians retain, for example. In this sense, China does see itself acting as a new factor of global power, with a long-term logic. They are in no rush because they understand that their first goal is to become the most powerful economy on the planet and use the economic power that derives from the huge market they have, from the influence they have over global merchandise flows, to position themselves as an alternative. It would also be necessary to see how the internal dynamics of China can impact this aspiration to play an increasingly important role in the international system: lower economic growth, current uncertainty regarding its COVID-19 policy, and for the first time in the last 25 or 30 years there has been a decrease in the Chinese population. In other words, there are certain patterns that could start to change and they must be incorporated into the analysis to see how far they will go and with what speed.

BNamericas: Why would the Central American region be strategic for China?

Núñez: First of all because of the proximity to the Panama Canal. The canal continues to be key in guaranteeing international trade flows. The cooperation with Panama is a fluid cooperation, there is not a politically tense relationship. The US accepted with much more calm that Costa Rica, Panama and the Dominican Republic established relations with China, there was not as much political reaction as when it happened with Nicaragua or El Salvador, when it was perceived as a direct geopolitical threat to the US.

When you look at the design of 'the new Silk Road' you understand why they chose certain places where they want to make infrastructure investments, and that is because they have a two-fold scheme: they offer an initial donation that is relatively symbolic - Costa Rica was given the national soccer stadium and now El Salvador is going to be given a similar stadium and a library - and then they offer loans to develop infrastructure projects, which are tied to the implementation by Chinese companies. So It is a win-win for them: they put up the money, they carry out the works themselves, and that gives them a presence in the country and the possibility to identify other areas with investment opportunities.

In the Central American case, this allows it to apply a certain degree of pressure on the US in its geographical area of influence, in the same way that the US applies that to them in its relations with Taiwan. It is like saying, 'we can be in your area of influence but not like you do it, with military cooperation, but we can get there.'

BNamericas: Do you think China's influence isolates Central American countries or can they engage with the US and China at the same time?

Núñez: My bet is on the second. In Central America they will not be able to change the matrix of economic dependence on the US market. This is particularly the case in northern Central America, which has an average of 3mn citizens living in legally or illegally in the US, and the remittances they send represent between 18% and 26% of GDP in Honduras, El Salvador and Guatemala. However, what I do believe is that there is an opportunity for market diversification that may have a certain political effect, although I do not know if it is to the extent wanted by Central American governments that feel ignored by the US.

WorldRemit turns to digital to stand out in LatAm remittances market

BNamericas spoke with the head of WorldRemit's North America operations about its digital strategy to stand out in a crowded field of competitors a...

Industrial production in Mexico bounced back in January with the first positive monthly result since September; a new report from the IDB identifie...

Political Risk Report: The Impacts of Crime in Latin America

Want to read more information about Why Central America is a strategic region for China?