Why fintechs don’t pose a threat to banks in Argentina 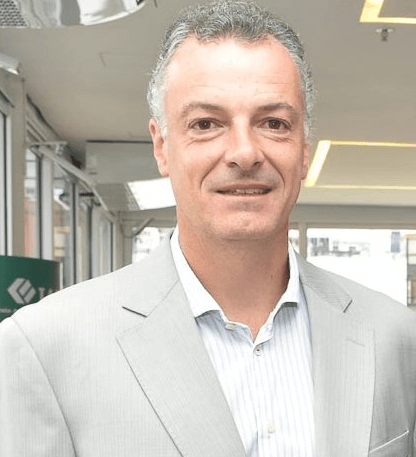 Argentina is among the countries in Latin America that has seen the strongest fintech sector growth in the past several years despite major economic woes and political risk.

There are more than 330 fintechs in the country, according to a September study by the sector’s trade group, Cámara Argentina de Fintech. The group expects the number of people working at fintechs to reach 27,130 at the end of this year, compared to 6,960 in 2017.

To find out more about the sector’s current state and its outlook, BNamericas conducted an email interview with Marcelo Bastante, who is a Buenos Aires-based independent financial services analyst and adviser.

The interview looks at issues such as the competitive landscape, M&A, and regulations, including the potential role the central bank, securities regulator CNV and the financial intelligence unit (FIU) could play in cryptocurrency regulation.

BNamericas: What have been the main drivers of the strong growth in fintechs in Argentina, despite the economic crisis the country’s going through?

Bastante: Over the last few years there have been different trends. In the first years of the fintech industry’s emergence, those that prevailed were companies in the lending segment. Since the crisis that erupted in May 2018, which we have now been in for more than four years, credit became very expensive and those that prevailed have been companies in the payments segment, everything related to means of payment, virtual wallets, and so on.

And since the pandemic, the star has been the crypto vertical, which not only includes exchanges but also companies that offer solutions based on blockchain technology. Those that have shown sustained growth in recent years are in the fintech solutions or services segment, that is, those that provide digital solutions to other fintechs or to traditional banks that want to go from analog to digital. Among these services, we have identity validation, cybersecurity, digitization of processes such as customer onboarding, among others.

BNamericas: How have banks responded to the growing expansion of the fintech sector?

Bastante: Given the characteristics of Argentina’s macroeconomic environment, the business of the banks has not been greatly affected by fintechs. The main difficulty for fintechs is related to the increase in the cost of funding for companies that are financed via debt, which is the lending vertical.

For the other verticals, access to new investors has been difficult. Fintechs and companies in the start-up and initial stages are generally financed with investor rounds. Due to the rise in interest rates in both developed and emerging markets, international investors are more risk adverse, and it’s no longer easy to find private equity investors who are willing to finance these ventures.

At the local level, inflation and high levels of economic uncertainty make financing difficult. Therefore, entrepreneurs must finance themselves with their own capital, which has limited the more aggressive commercial offerings fintechs had a few years ago to attract new clients.

At the means of payment level, most banks have developed the likes of digital wallets and card-acquiring solutions. Banks have not entered the cryptocurrency segment due to issues related to risk and regulations. Large institutional, corporate and wholesale investors continue to invest in fiat investments. Although the crypto segment has seen strong growth in Argentina, at the investment level, not many Argentines have invested in cryptocurrency companies.

BNamericas: Are foreign fintechs interested in entering Argentina despite the economic situation and is there any interest among Argentine fintechs in expanding to other countries in the region?

What’s happening is the reverse phenomenon, that is, many Argentine fintechs are taking advantage of the high quality of local human resources and given that the labor cost measured in dollars in Argentina is low, they try to expand into other countries. Those that do not have enough capital to invest in another country try to export their solutions or services, such as the fintech services that I mentioned earlier, since these do not require a physical presence in another country.

In addition, fintechs need to increase their business volumes to generate economies of scale and exporting services or directly expanding to other countries is a way to gain volume.

BNamericas: On the regulatory front, what have been the biggest changes for fintechs and what to expect for the rest of this year and in 2023?

Bastante: The central bank has regulated the payment segment, creating a registry of payment service providers. But it’s a soft regulation in the sense that it doesn’t grant an authorization to operate, it only keeps a public record of the providers. What’s expected is regulation at the crypto level.

Argentina will be evaluated by the Financial Action Task Force (FATF) next year and it must regulate money laundering prevention in terms of virtual asset service providers. But prior to that, it must be decided whether there will be a specific regulator for these players that grants them authorization to operate, like there is for financial entities, and settlement and clearing agents, or whether a public registry will be created within any of the existing regulators, the central bank, CNV, FIU.

The regulatory framework for cryptocurrencies must be turned into law, and because of this there’s no expectation of a short-term implementation since there’s not even a bill ready to be submitted to congress.

BNamericas: The purchase of Wilobank by Ualá generated headlines this year in the fintech industry. Do you see a growing M&A trend in Argentina’s fintech sector in the wake of this operation?

Bastante: I do not foresee a trend of M&As in the fintech sector. It’s true that fintechs need larger business volumes to generate economies of scale as they invest a lot in technology and agile processes, with higher volumes being necessary to leverage themselves. But I think this transaction is a one-time event and I don’t see it generating a trend.

And unlike other countries, the central bank does not have different types of banking licenses. Licenses for financial companies and commercial banks are very similar, and therefore the costs of fully complying with banking regulations are very high. The great advantage of a financial institution is being able to take deposits from the public, being able to fund its business with deposits. In countries such as Argentina with high inflation and large spreads between loan and deposit interest rates, the cost of deposits is fundamental.

To be successful in Argentina, a digital bank must design and create a deposit product that is attractive to the general public.

BNamericas: Do fintechs in Argentina continue with their original focus on a single business segment, or is there a tendency to offer a wide range of products?

Bastante: Having a license that’s very expensive in terms of regulatory compliance, banks must tap all segments and bet on integrated financial solutions to be successful, being a one-stop-shop where all services are offered. The Trojan horse of the fintechs to compete with the banks was to specialize in one segment to be much more agile: to be able to issue a loan within a few hours or enable a payment account or a crypto account in a very short time. This is very difficult for banks due to the regulations they must comply with.

Now, if a fintech starts to target different segments, it will have to create a larger infrastructure that will make it less agile. What we have seen here is that some economic groups have several companies in different segments, for example, one for lending, another for means of payment or payment service providers, and one that provides an account to operate in the capital markets, etc. But it’s difficult for a fintech to offer a wide range of services like a bank because it’s not allowed to take deposits and a larger business structure would turn it into a slower-moving company.

BNamericas: In July, Colombia started implementing the open banking model, becoming one of the pioneers in the region. Why has Argentina not made this move and could a similar initiative emerge in the coming years?

Bastante: Today the main concern of regulators and the government is financial stability, resolving the lack of dollars, lowering inflation – and not the open banking model. It’s a debate that Argentina should have, but many times emergencies cloud deeper issues like open banking. In addition, an initiative of this kind would require a reform to the financial entities law, and the legislative agenda in congress is very crowded. Many bills are pending debate between now and 2023 [when general elections will be held].

BNamericas: In a regional comparison, studies show that the adoption of cryptocurrencies has been relatively high in Argentina. Why is this and what has been the central bank's response?

Bastante: This may partly be due to the loss in value of the Argentine peso and high inflation. People are looking to protect their savings against inflation, and one way is through the purchase of cryptocurrencies. It has experienced a boom, especially among younger people.

The loss in value of cryptocurrencies that started in June caused many investors to offload their positions, but it’s a market that has a lot of potential. So far, the central bank and CNV have only issued statements warning the public that cryptocurrencies are not legal tender, they are not issued or endorsed by the government; they are not listed on capital markets, etc. But as I mentioned before, there has not been any progress in terms of regulation.

As part of a 10-month project, the General Administration of Ports completed the process of implementing the SAP S/4HANA Cloud suite, trusting in B...

The agreement contemplates the sharing of infrastructure between the two companies to reach customers with greater speed and efficiency, through an...

Want to read more information about Why fintechs don’t pose a threat to banks in Argentina?