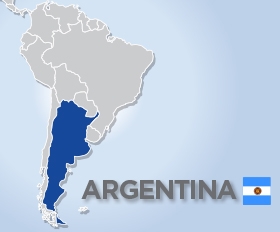 The government of the Argentine province of Mendoza and other stakeholders have formed an organization to promote the creation of a local IT and telecom cluster, 10 years after plans were first announced.

A deal was inked between representatives of the public and private sectors and academia.

The company is called Polo TIC Mendoza (Mendoza ICT cluster/hub) and authorities are building a technology park in the province's namesake capital.

Vaquié highlighted the importance of partnerships between the public and private sectors and specifically within the area of ICT.

The construction of the technology park reflects this, he said, adding that the objective is that jobs for skilled workers are created.

The technology park will initially comprise a four-storey central building of 3,700m2 designed to house 20 IT firms from the software, hardware, computing, electronics and telecom segments.

Construction has reached the 80% completion mark.

Hand in hand with an Argentine startup, Mercado Libre lands in the world of real estate investments

Mercado Libre, the leading e-commerce company in Latin America, enters the world of investments through an alliance with Simplestate, the digital r...

The government of La Rioja delivered, together with ARSAT, 500 Open Digital Television antennas

The kits will communicate directly with the ARSAT 1 and 2 satellites, which will allow families to have 12 to 20 channels in high definition for free.

Spotlight: The cost of spectrum in Argentina

Claro Argentina aims to cover all homes with fiber optics