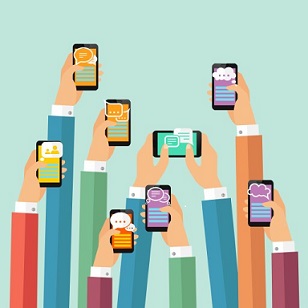 TIM closed a partnership to add Agrosmart's digital agriculture solutions to its portfolio for agribusiness.

TIM said it aims to serve not only large agricultural groups through partnerships, but also smaller producers and farmers in a second stage of its "4G in the field” project.

Founded in 2016, Agrosmart is one of Latin America's most successful agritechs or agtechs, and is thought to be the largest in Brazil. The startup specializes in smart solutions for agriculture based on internet-of-things (IoT) systems.

Agrosmart serves large groups such as Nestlé, Cargill and Bradesco.

In related news, TIM said that as part of the commitments agreed with regulator Anatel to exchange fines for investments, it will install 4G in 95 new municipalities in Minas Gerais state, 50 of which will be hooked up by the end of this year.

The third largest mobile operator in the country aims to serve all municipalities in Brazil with 4G by 2023. The network is currently present in 3,530 of Brazil’s 5,570 municipalities.

Oi's employees will continue working from home until at least the end of January, the company stated.

About 80% of the workforce started a remote work scheme six months ago, when the first lockdown measures were implemented in the country.

The telco said that the decision is in line with the company's health and safety guidelines. It was also taken after an internal survey of around 10,000 employees.

The survey found that, of approximately 9,500 non-manager respondents, 84% preferred to continuing to work from home, while 94% of managers backed the scheme.

Oi has been in a judicial recovery program since June 2016 and is currently advancing with a wide-ranging plan to divest assets.

The auction of the assets was held Thursday with no surprises. Oi raised over US$200mn with the sales.

Insurtech Pier receives an investment of US$ 14.5 million

The investment was led by Monashees — pioneer venture capital fund in Latin America, leader in unicorn creation — with the participation of Canary,...

Brazil not yet merging regulators despite OECD recommendation

The countries set to be the next LatAm datacenter hubs