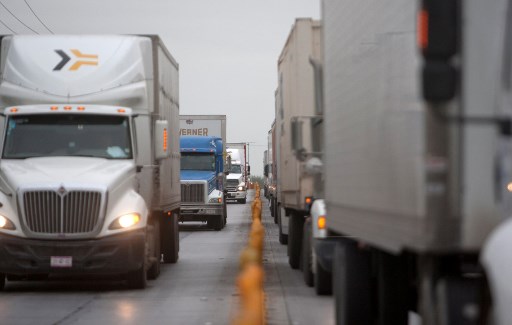 Strikes by truck drivers supporting Brazil’s President Jair Bolsonaro headed into their third day on Wednesday, with partial blockades of some highways.

In the short term, the protests may generate renewed inflationary pressure, but major disruptions during the next administration of president-elect Luiz Inácio Lula da Silva are not expected.

Since Monday, hours after the final results of the election in which leftist Lula narrowly defeated right-winger Bolsonaro, truckers blocked certain highways and major roads in large cities in protest against the outcome.

According to the most recent figures released by the federal highway police, there were still 178 roadblocks in 17 states.

Any sign of a truck drivers’ strike in Brazil is watched closely after a 10-day stoppage in 2018 in protest at diesel price rises led to major logistical and economic disruption and fueled inflation.

"At this point, the demonstrations among truckers now seem much smaller than those of 2018 as they are only by a group of more radical supporters of the president. Since this type of roadblock causes inconvenience to the population, the more moderate supporters of the president tend to be against them," Hold Consultoria political analyst André Pereira Cesar told BNamericas.

"The trend is that these protests will lose strength in the coming days and do not represent a bigger problem for the next administration."

The strikes spread on Tuesday with Bolsonaro still not conceding defeat.

Lula won 50.9% of the votes in Sunday’s runoff to Bolsonaro's 49.1%. The difference of only 2.14mn votes in a country with around 150mn eligible voters raised fears that Bolsonaro supporters would contest the election, as the president himself had warned in the campaign that only fraud would cause him to lose.

Late Tuesday, Bolsonaro gave a short televised speech, saying he will comply with the constitution, which was understood as a recognition of his defeat.

"I have always been accused of being against democracy and, unlike my accusers, I have always acted in line with the constitution. I have never spoken of controlling or censoring the media and social networks. As president and as a citizen, I will continue to follow all points of our constitution," Bolsonaro said.

In addition, Ciro Nogueira, Bolsonaro’s chief of staff, announced that the president authorized the current government to open talks with the Lula team to make the transition.

Lula takes office January 1 for what will be his third term as president after serving two terms in 2003-08.