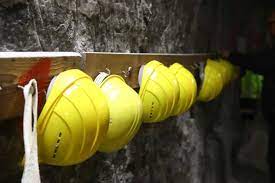 Brazilian mining giant Vale is facing a more difficult scenario but that is unlikely to have a major impact on its investment plans in the short term.

Amid lower prices of its main product – iron ore – and high inflation, Vale is focused on cost control.

"While the world is facing inflationary pressures we are focusing on cash discipline," CEO Eduardo Bartolomeo told the company’s Q3 conference call on Friday.

Iron ore prices have been impacted in recent months by signs of a slowdown in the Chinese economy, the world’s largest consumer. Almost half of Vale's revenue comes from Chinese sales.

"In light of this scenario [the global economic slowdown], iron ore prices have fallen sharply and may fall even further in the coming months. But I believe that the average price of iron ore will close this year at US$90/t and will remain at that level during 2023," Mirae Asset Wealth Management’s metals and mining equity analyst, Pedro Galdi, told BNamericas.

However, according to Galdi, the more challenging situation will not have a major impact on the company's capex plans for the next year, which are likely to be for a similar amount to 2022.

"The capex program will tend to continue. This type of investment is on a long-term basis and delaying or reducing it implies serious problems in the medium term," he added.

Vale’s capex plan for this year involves US$5.8bn. It has not provided a figure for 2023.

Vale’s investments totaled US$1.23bn reais in the third quarter, up from US$1.19bn a year ago.

"Investments in growth projects under construction totaled US$375mn in 3Q22, 16% lower quarter-on-quarter, mainly driven by lower disbursements at the Sol do Cerrado project due to equipment deliveries last quarter," Vale said in an update. "Sol do Cerrado, one of the largest solar energy projects in Latin America, started the commissioning phase in October and is anticipated to be fully operating in July 2023. The project has installed capacity of 766MWp."

Investment in sustaining projects was US$855mn in the quarter.

During the quarter, Vale’s board approved the construction of the Onça Puma nickel mine's second furnace and its supporting infrastructure. The furnace is expected to start up in 1H25, adding 12,000-15,000t to the current nickel capacity of 25,000t.

Vale is the middle of a reorganization of its base metals operations, comprising nickel and copper assets, a move that analysts see as a step toward a possible share offering for the unit due to expected growing demand for the metals amid the energy transition.

"The increase in the production of electric vehicles across the globe tends to multiply the demand for nickel, and we have high quality nickel to satisfy that," said Bartolomeo.

The company reported a net profit of US$4.46bn in the third quarter, down from US$5.48bn a year ago.

"The Chinese economy should pick up next year, but it is a difficult to forecast, considering the apparently unlimited power of current President Xi Jinping, who does not show concern about the path of the country's economy," Régis Chinchila and Luis Novaes, analysts at local investment house Terra Investimentos, said in a written response to BNamericas.

And it confirms continuity and consistency of mineralization

The Brazilian development bank took control of the asset in Minas Gerais after former owner Exdibra failed to pay off a debt.