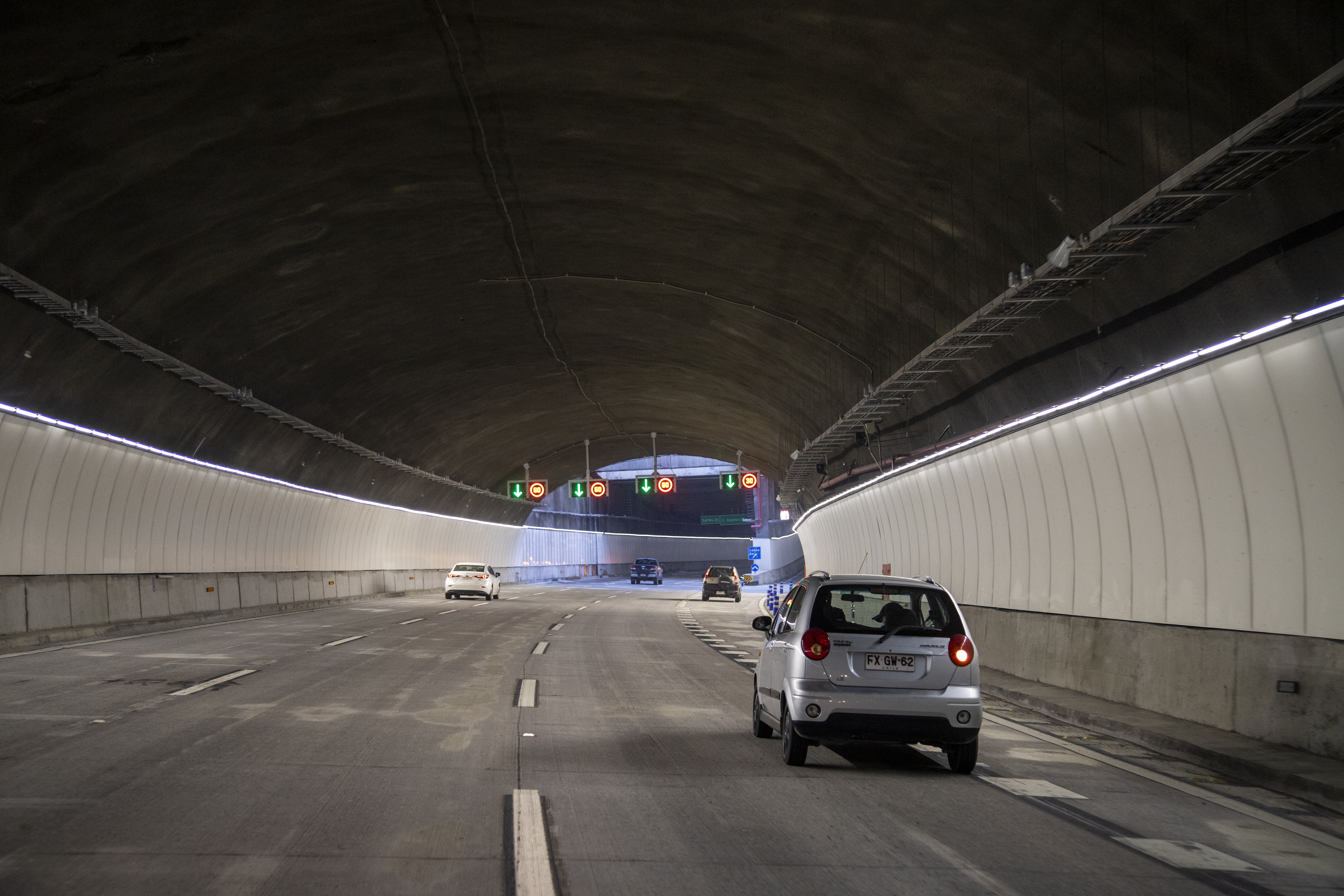 Chile’s highway concessionaires are once again under pressure over tolls.

Last week, a group of protesters blocked a section of the AVO I expressway in Santiago’s Huechuraba district for about an hour, demanding a toll-free alternative route.

Concessionaire Vespucio Oriente told BNamericas via email that the 9km expressway, part of the capital’s beltway, sees an average of 70,000 vehicles a day during weekdays, such as when the protest was staged.

Despite the incident, the operator says the segment, which was opened in July, has been received positively so far by both authorities and motorists.

“We have also incorporated a new and innovating pay-per-kilometer modality through the toll tag [free-flow] gates at the entry and exit points,” the firm stated.

But tolls could see important changes in the future, as public works minister Juan Carlos García said the government will soon submit a bill to create a national highway toll policy.

“There’s a debt when it comes to fair tolls,” García told Radio Infinita, saying that in some cases one highway can charge up to twice the amount as another.

“It’s better for us to have reasonable but equivalent tolls across Chile, so highways with bigger surpluses subsidize those which have to pay extremely high tolls,” he said.

García did not specify how the mechanism would work, while the public works ministry (MOP) did not answer a BNamericas request for comment.

Tolls were also targeted during the 2019 protests that led to Chile’s current process to rewrite the constitution.

At the time, MOP reached an agreement with Santiago’s highway operators to halt toll increases above inflation.

The ministry’s 2022-26 concessions plan includes 12 road projects worth US$4.5bn, one of which is scheduled to be auctioned before the end of the year.

The tender is for the second concession of the 218km highway linking Santiago with Los Vilos in Coquimbo region, to the north of the capital.

Another recent point of contention concerning highway concessions has been carjackings, with operators and authorities clashing over who is responsible for drivers’ safety.

The US$197mn project received environmental approval in September after nearly a year under review.