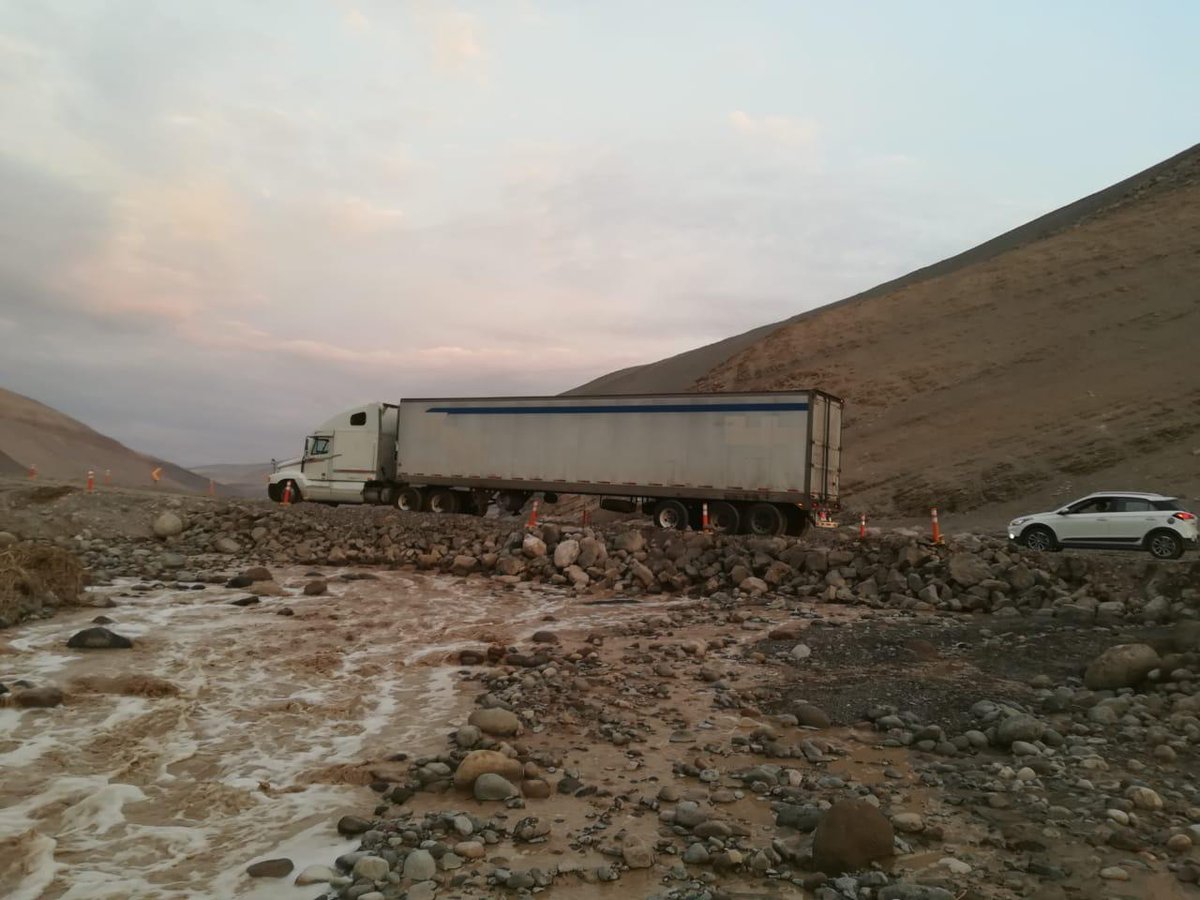 Heavy rains affecting northern Chile caused the temporary closure over the weekend of two sections of the country's main north-south highway, route 5, while sinkholes appeared on other roads in the area.

In a visit to the far north Arica y Parinacota region, which has been hardest hit by the so-called Altiplano winter, public works minister Juan Andrés Fontaine said one of the sections leads to neighboring Tarapacá region, according to a public works ministry (MOP) release.

Both roads were reopened by early Monday, MOP said on Twitter.

Other roads in the area suffered significant damage. International highway CH 11, which connects the region's coast with the Bolivian border, saw six sinkholes appear on a 2km section, prompting authorities to set up an emergency bypass.

Meanwhile, in Antofagasta region, the local MOP office said that 80% of the residents of the city of Calama were hit by a water cut caused by increased turbidity levels in local rivers. Local utility Aguas Antofagasta said on its website that the cut had been extended to midday Monday.

In a visit to the area, which was also hit by serious floods in 2015, public works undersecretary Lucas Palacios said the amount of water fallen is the most in several years and that at least two roads (23CH and 27CH) were cut off as a result of sinkholes.

According to national emergencies office Onemi, so far one person has died due to the floods, while two remain missing.

The number of projects submitted for environmental evaluation decreased compared to September and also year-on-year.

According to the most recent report issued by the National Electricity Coordinator (CEN) and the National Energy Commission, in the last 12 months ...