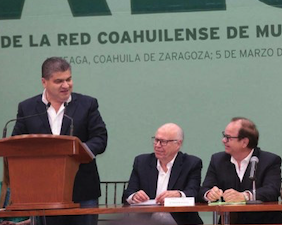 Mexico’s Coahuila state is planning to finish or start infrastructure works for 2bn pesos (US$102mn) during 2022.

Governor Miguel Ángel Riquelme Solís said resources are coming from the state's funds and via the payroll tax. The works are aimed at boosting competitiveness and mobility in all regions.

A key project is the Cuatro Caminos road interchange in Torreón city, for which work started on April 18.

“It will be a complex, functional and modern system that will speed up traffic that moves along the Independencia area, and in which 510mn pesos are invested,” news outlet Zócalo quoted Riquelme as saying.

Other works in Torreón include the 120mn-peso second stage of the La Joya-La Partida boulevard and the 300mn-peso modernization of the Villa Florida road system.

In Arteaga municipality, the local government will oversee repaving works for 15mn pesos. In Ramos Arispe municipality, the first stage of the construction of Los Pinos boulevard is also underway, demanding 26mn pesos in total.

Riquelme said works will be carried out in the Carbonífera region through the local ministry of infrastructure, urban development and mobility, although the projects are yet to be approved.

The federal government will provide resources for Maya train stretches, airports and other projects.

The ongoing initiatives are being built in Mexico City and Jalisco, Nuevo León and Mexico states.

Want to read more information about Coahuila to focus on US$100mn infra works?