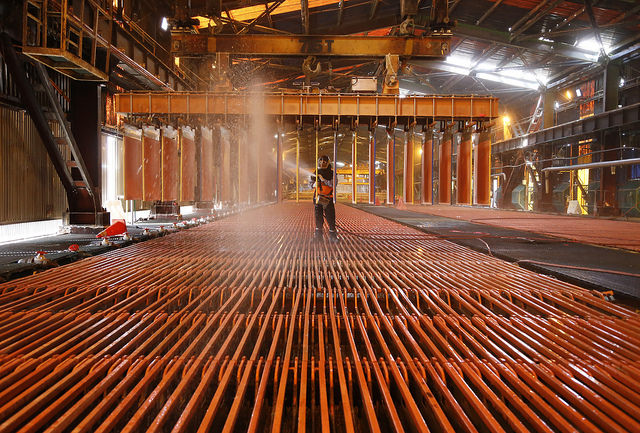 The price of copper kept up momentum and rose for the third straight day on Thursday in London, but experts say that underlying concerns still persist in the metals complex.

Commerzbank said in a note that "metal prices have also more than recouped the losses they suffered after the Brexit referendum," with copper inching towards US$4,900/t, while zinc has gone up 31% in the year, the best performance among base metals.

However, the note warns that the rise in prices "is concealing what are in fact still weak or at least subdued economic data: industrial production in Japan was down in May for example, both month-on-month and year-on-year."

More economic data is due to be announced on Friday, notably the purchasing managers indices for the manufacturing sectors in China and the US, both of which are expected by the market to show stagnant or only moderate growth, said Commerzbank.

Capital Economics said that the recovery in prices of equities and other riskier assets, like commodities, might be due to short covering.

"More positively, though, we think that the markets are right to recognize that Brexit, and especially some form of Brexit-lite, would not be as damaging as so many were arguing ahead of the referendum."