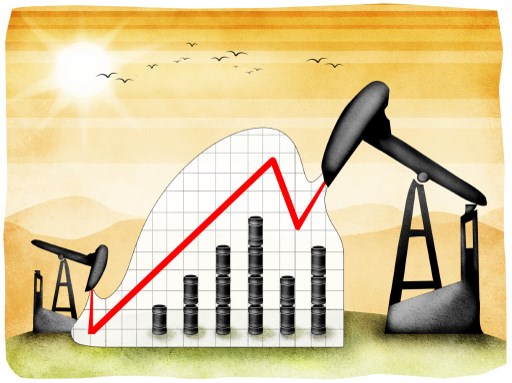 With Fitch’s downgrade of the federal oil company to junk status in June, the only thing holding off a multi-billion dollar sell-off of its bonds is a second downgrade at either Moody’s or S&P, with many investment funds requiring investment grade status with at least two of the three major ratings agencies.

Importantly, both agencies have aligned the sovereign and Pemex’s ratings due to the all-but-certain likelihood of extraordinary government support for Pemex – as well as state power utility CFE, a probability of support made even stronger by President Andrés Manuel López Obrador’s (AMLO) reiterated commitment to the firms.

Thus aligned, both the ratings for Pemex and the sovereign are mutually threatened by the deteriorating economic growth story for Mexico and doubts about the government's ability to pull off record recovery in production at Pemex while maintaining fiscal responsibility.

“We’ll be looking at the way the support plays out,” said Lisa Schineller, managing director for Latin America sovereigns at S&P, speaking in an interview with BNamericas, “All the burden is going back on Pemex, and that’s fine if Pemex is able to deliver in terms of production.”

The proposed 2020 budget, now moving through congress, is calling for a nearly 300,000b/d year-on-year leap in production to 1.95Mb/d, a goal broadly viewed as optimistic by ratings agencies and other analysts, one that would require both perfect execution and exceptional luck on the part of Pemex and key private sector partners.

Schineller said the question on the sovereign rating boils down to whether the combination of those challenges in boosting Pemex's production and persistent low growth add up to a more stressed fiscal dynamic.

While S&P's estimates for production do not line up with the government’s, it is believed that AMLO will hold to his pledge of fiscal prudence, she added.

“Even though some of the underlying pieces of the budget don’t exactly line up with our point of view on growth or production, we actually have a similar overall fiscal out turn at this point in time."

S&P's sovereigns manager for the Americas, Joydeep Mukherji, who also participated in the interview, said that austerity could only go so far in a low-growth environment.

More cuts would only translate into lower public spending, which in combination with lower consumer spending and weaker private sector investment, threatens to send growth in a downward spiral – a potentially structural weakening of the growth story that would certainly figure into the ratings, he said.

Mukherji stressed that the negative outlook S&P placed on the Mexican sovereign in March simply means they see a 1 in 3 chance of a downgrade “over the next couple of years,” adding there is no 12-month clock for the next decision. This means there is still time for the AMLO administration to pull Mexico up from the current situation.

Moody’s has signaled it could make a decision before the end of the year, and in a recent sovereign outlook update it stressed that it sees this year's GDP growth coming at 0.2%, down from its previous forecast of 0.5%.

The agency further said that increasing fiscal imbalances leading to larger debt at the sovereign, “whether due to financial support to Pemex or for any other reason,” could lead to a downgrade.

The AMLO administration has been touting some early success in its revitalization of Pemex, with finance minister Arturo Herrera commenting Tuesday that the debt-ridden firm had already halted the decline in production and had, as of September 9, increased output by 100,000b/d since the start of the year.

When asked about reversing the trend with Pemex production, Schineller said, “Turning it around, could a state-owned company do it? We would say yes."

"Petrobras in Brazil developed the technical expertise to develop pre-salt. They did that, and that sector is extremely successful,” said Schineller. “Even though they did that, their rating had weakened over time because of other stresses. They actually were a contingent liability that for a period did weigh on the Brazilian rating assessment, no longer.”

Deepwater development, as with pre-salt, continues to be a challenge at Pemex and Herrera, speaking at The Wilson Center on Monday, said it will be critical for the state to continue to partner with private sector players that are already armed with the necessary deepwater expertise.

Even if successful, this would take years to achieve, Herrera added.

For now, AMLO faces a waiting game in the coming weeks as Moody’s finger lingers on the ratings trigger.

How Mexico can prepare for future natgas shortages after Texas fallout

Experts agree that while an alternative such as increasing local production could work in the long term, it would not be the best solution in the s...