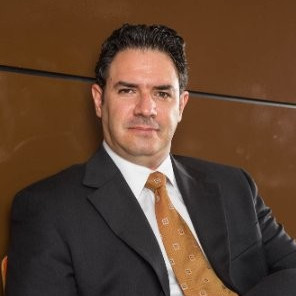 The focus are companies that have obtained authorization for new distributed generation (DG) connections and own areas for the installation of plants but lack financial capacity to build.

“It’s quite common to request the authorization from the distributor and then run after the money. When time goes by and you can't get the project up and running, you have something liquid in your hands and can pass it on to someone who can afford it,” he said.

The number of DG connection requests has been exponentially growing since the micro and mini distributed generation regulatory framework was approved in January.

Under the new law, the rules for holders of already-connected micro and mini generation units will be maintained until December 2045, without charging fees or rates, such as for the use of the distribution network.

That will also be valid for new installations implemented in the first year of the law, that is, until January 5, 2023.

After that, DG units that enter the system will be subject to the gradual application of the fee over six years, until they reach the full amount in 2028.

“Adding up all projects that have been authorized and starting to be put in all states where they have been announced, I ask: how is the transmission and distribution system going to cope? It is a lot of load coming in at the same time,” Xavier, who took over the post at GreenYellow in June, said.

The company has 70 DG plants totaling 190MW connected or under construction and intends to seize the regulatory window to request authorizations for up to 100MW by year-end.

“We’ll exploit this year to the fullest and structure new business models for DG starting in January next year,” Xavier said.

On September 20, GreenYellow and development bank BNDES signed a 63mn-real (US$12.3mn) financing contract for 11 DG plants recently connected or being built. The resources correspond to 55% of the assets’ total value of 115mn reais.

The plants are in the municipalities of Planaltina and Sentinela do Sul, in Rio Grande do Sul state, Riolândia, Ouro Verde, Barretos and José Bonifácio (São Paulo), Cedro (Ceará), Barra do Jacaré (Paraná), Macaíba (Rio Grande do Norte), and Itaperuna (Rio de Janeiro).

The PV solar farms add up to 27.6MWp installed capacity, which corresponds to the energy required to serve 27,000 households during one year.

Agreements with Shell and Gerdau provide for the delivery of gas to the free market.

The deadline for bids in both cases is January 12.