Lower-rated, tourism-heavy Caribbean territories seen as most vulnerable to COVID-19 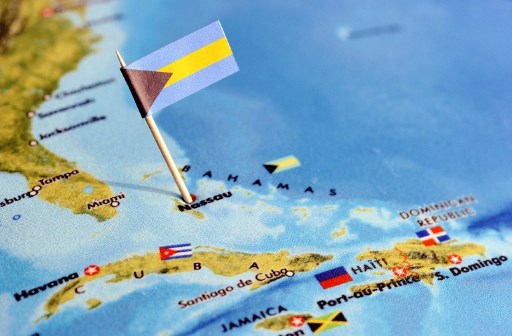 Tourism-dependent sovereigns across the Caribbean are bracing for dramatic declines in GDP this year with the COVID-19 crisis.

“The severity of the decline in tourism and the synchronization [across the Caribbean] is very unique,” said Paul Judson, senior director and analytical manager at Standard & Poor’s in an interview with BNamericas, adding he is not aware of any similar confluence of impacts hitting the subregion ever before in history.

The agency, in its recent review of 10 tourism-dependent territories in the Caribbean, is forecasting a 60-70% drop in tourism this year, and “within that assumption, virtually no activity in April,” added Judson.

S&P affirmed its ratings on another eight of the sovereigns and revised the outlook to negative from stable on four. 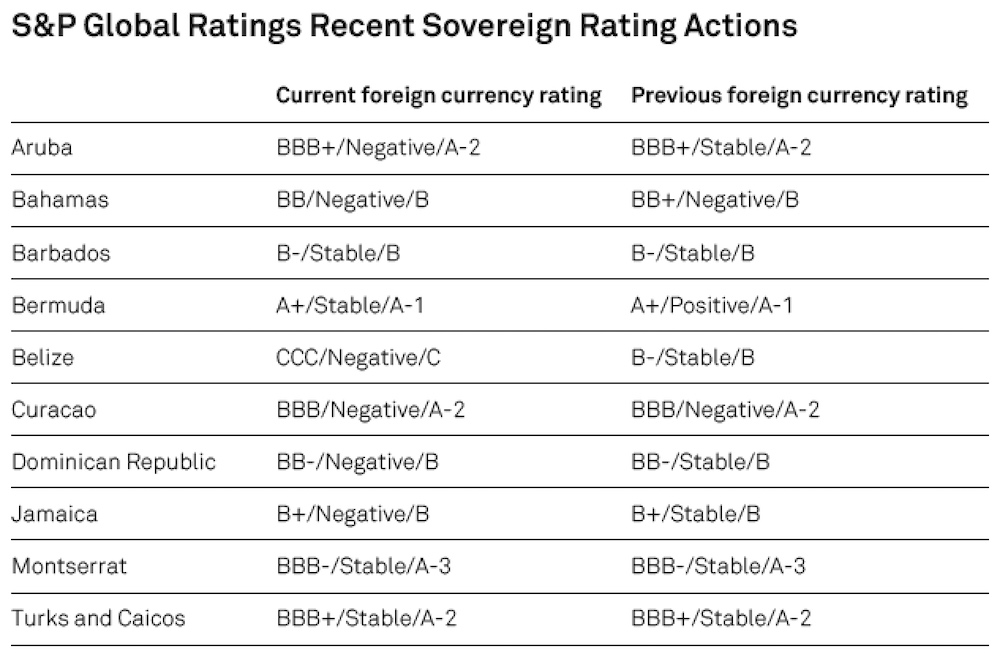 Even Caribbean bright spots Dominican Republic and Bermuda will lose steam this year with both looking at 2% contractions in GDP, according to S&P.

Going into this year, the Dominican Republic was seeing GDP growth forecasts near 5% from ratings agencies and the IMF, and was fast emerging as one of the strongest growth stories in Latin America and the Caribbean.

S&P did not downgrade the sovereign’s foreign currency rating ('BB-'), but did lower its outlook to negative from stable, meaning the agency sees at least a 1-in-3 chance it will downgrade the country in the next 12-18 months.

In its rationale for the action, the agency added that despite the COVID-19 hit on the economy in 2020, “We consider its flexibility will enable it to resume growth over the next three years, more rapidly than several of its peers.”

It added, “We do not expect progress on structural reforms given the presidential election this year and the more urgent challenges the incoming administration will face.” The country has postponed its scheduled election from May 17 to July 5, delaying new policy changes even further.

“In the case of Bermuda, we had Bermuda on positive last year as a result of strengthening fiscal results, and then they were called upon to honor a guarantee, which caused their debt to grow higher than expected,” said Judson.

“That combined with the impact of the pandemic, which we think is less for them than others because they have a smaller tourism sector and benefit from the stability in the reinsurance sector, was enough to cause us to move the outlook from positive to stable, signaling that the risks are balanced at this point.”

Now forecast by S&P to contract 4% in 2020, Belize moved further into junk status with the agency’s downgrade on its foreign currency ratings to ‘CCC’ (highest risk) as well as a shift in outlook from stable to negative, suggesting more cuts could come.

In its review, S&P said the Belize downgrade also stemmed from their belief “that the sovereign has less external resources on which to draw in a downturn.”

The other downgrade was for the Bahamas, which Judson said was “still dealing with the fiscal aftermath of Hurricane Dorian when they came into the pandemic.”

In its rationale, S&P cited the island chain’s tourism industry accounting for more than 40% of the economy, with the majority of visitors arriving from North America, adding that it expects GDP to plummet by about 16% in 2020.

Moody’s said earlier this month it is also reviewing the Bahamas for a downgrade, with many analysts now seeing the potential for emerging debt crises in the archipelago, as well as in Belize and possibly Barbados (which escaped ratings action in the S&P review).

In the interview with BNamericas, Judson and S&P credit analyst Julia Smith explained that those territories that maintain formal ties to “parent” countries, the European states that colonized them, were seeing significant support in the crisis.

“In the region, it’s the countries that benefit from support from a higher rated parent government that did not see their ratings change,” said Judson, “So, for Aruba and Curacao, Turks and Caicos, Montserrat and Bermuda to some extent, there is that benefit to having that tie, whether you’re a UK overseas territory or a dependence of the Netherlands.”

In these territories, Smith said, “We are seeing the materialization of the support that we expected [them] to provide,” said Smith, noting that the Netherlands had already made a transfer of money to both Aruba and Curacao “in the form of soft loans.”

“That money is designed to provide liquidity support to cover the next couple of weeks in those territories, but there’s also a larger conversation between the kingdom and its member countries to see what longer-term support might look like,” said Smith.

Asked about health infrastructure and equipment such as ventilators to confront the pandemic, Smith said they are seeing “in kind” support also provided by parent governments.

“In terms of what that means to our ratings, health infrastructure doesn’t necessarily directly factor into what we look at,” said Smith, “but indirectly it’s indicative of the kind of spending that we would expect to see, what these governments expect to spend to address the pandemic … which goes into our fiscal forecasts, and something we’re also looking at in terms of the recovery … how the perception of the quality of health infrastructure may play into tourists’ travel decisions in the recovery.”

Looking beyond the tourism-dependent territories, those that have been seeing growing oil and gas activity, such as Trinidad & Tobago, are also suffering from the massive drop in oil demand and consequent crash in global hydrocarbons prices, leading S&P to cut T&T one notch last month.

Judson added that tax transparency issues, which had been a major impetus for regulatory reforms across the subregion in recent years, had likely taken a backseat for now to the priorities of the emergency and as such, not much action in this vein is expected this year.

Officials provided updates on the situation of the Cobre Panamá mine, which has been mired in controversy.

The projects were presented during Brazilian President Lula’s visit to Uruguay.

Why Central America is a strategic region for China

Want to read more information about Lower-rated, tourism-heavy Caribbean territories seen as most vulnerable to COVID-19?