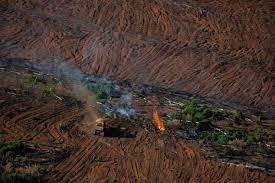 “When Lula was at COP27 it really was the hot ticket to be at, giving rock & roll bands a run for their money, and I think the question for us is how do we leverage the next six months to actually take advantage of that,” Hanson said during a WRI webinar analyzing the main climate issues to watch this year.

“His party didn’t win congress so he’s going to need to show quickly and early the promise of reversing deforestation,” he added.

The international community must therefore lend a hand to Lula in the form of financing so that there is progress to show by the time COP28 arrives, said Hanson.

COP28 will be held from November 30-December 12 in the United Arab Emirates.

There are other Latin American leaders with strong deforestation agendas, such as Colombia’s Gustavo Petro, but because of Brazil’s political, economic and environmental weight in the region, Lula’s moves will be observed more closely, WRI’s CEO Ani Dasgupta said at the same event.

“Lula has to figure out how to enforce existing law. 98% of deforestation in Brazil is illegal. And finally, much more funds are required to protect the forests,“ said Dasgupta.

Another major concern for the region is the level of financing and for Latin America to reach its mitigation financing needs by 2030, the has to be a six-fold increase, according to Dasgupta.

A big problem for developing countries today is high interest rates, with some countries having borrowing costs that are above 10% and making some projects unviable, he said.

It remains to be seen if the effects of Russia's war in Ukraine will speed up the global energy transition or slow it down as investments keep going to natural gas, according to Dasgupta, who said that Russia has carried out a “weaponization of energy.”

A local official from the Mexican state tells BNamericas about the project’s details.