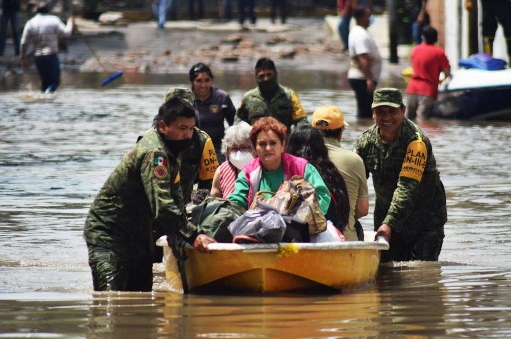 Arganis, speaking at President Andrés Manuel López Obrador’s Thursday morning press conference, said SCT had identified 713 incidents of damage in close coordination with the governments of Veracruz, Hidalgo and Puebla – the three central states hit hard by the storm after it made landfall August 21 with sustained winds of over 200km/h.

“With respect to the damage that requires immediate attention, there will be funds in the order of 317mn pesos provided, 36mn going to the federal network and the remaining 281mn to the state systems,” he said.

The minister added that while the federal highway system remained open throughout the storm, the state networks were far more badly damaged, and that the ultimate contribution to the states to rebuild would include an additional 1.85bn pesos.

Rains from Grace and subsequent tropical systems were initially welcomed by many officials with reservoirs in much of the country suffering from the worst drought seen in decades.

But Arganis’ words come less than 48 hours after images began to appear on local news showing the city of Tula, Hidalgo, almost entirely underwater with rains in the last week pushing water over the tops of the Endhó and Danxhó dams in Hidalgo and Mexico states, respectively.

Located roughly 100km north of Mexico City, Tula, which is home to a major Pemex oil refinery capable of processing 315,000b/d, was slammed by the storm, cutting power to the city’s main public hospital where dozens of COVID-19 patients have been receiving care.

At least 17 patients at the hospital have died, authorities said, including one COVID-19 victim flown out by medevac helicopter.

“As we have been instructed [by the president], we continue to be vigilant of the impacts of this current rainy season both in these states and in other parts of the national territory, as well as those effects coming from the earthquake [Tuesday] in Guerrero [state],” said Arganis.

Photo: The Mexican army evacuates patients of the IMSS hospital in Tula, Hidalgo state, on Tuesday.