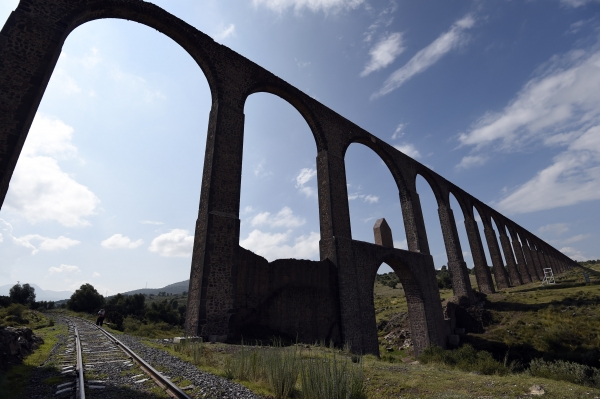 Construction works on the El Zapotillo aqueduct between Jalisco state and León, capital of Guanajuato state, have suffered delays due to difficulties securing rights of way, León water utility Sapal stated in a release.

Sapal explained that is waiting for national water authority Conagua to obtain the rights of way needd to continue construction of the water line.

The authorities approved an additional 221mn pesos (US$11.7mn) to conclude the works.

Construction works are currently being conducted in the Venaderos zone, where the authorities are installing the aqueduct. These works are scheduled to be completed in July 2018, Sapal said.

The El Zapotillo reservoir and aqueduct are scheduled to start operations in August 2018, Sapal said in December last year.

The project is an ambitious development involving the investment of around 16.1bn pesos. Construction works are underway despite the opposition of civil organizations who claim that the project will flood towns and cause various environmental impacts.

The project is designed to use up to 8.6m3/s of the water from the Verde river for potable water. Of this amount, 3.8m3/s will go to León, 3m3/s to Guadalajara and 1.8m3/s to Altos de Jalisco, with a total 1.4mn Mexicans expected to benefit, according to Conagua.

The El Zapotillo project will make it possible to transfer around 120Mm3 per year from the Verde river basin to the Lerma river basin, which is overexploited.

El El Zapotillo reservoir will have a storage capacity of 411Mm3 and the dam wall will be 80m high, while the aqueduct is approximately 140km long.

The project also includes a water treatment plant capable of processing 3.8m3/s, two pumping stations, a storage tank for around 100,000m3 and a macro distribution circuit covering 43km in the cities of León and Guanajuato, according to Conagua.

IDB Invest, the private sector arm of IDB Group, will rekindle its flagship event, Sustainability Week, into a hybrid gathering that will engage 30...

4 Mexico water tenders to keep an eye on