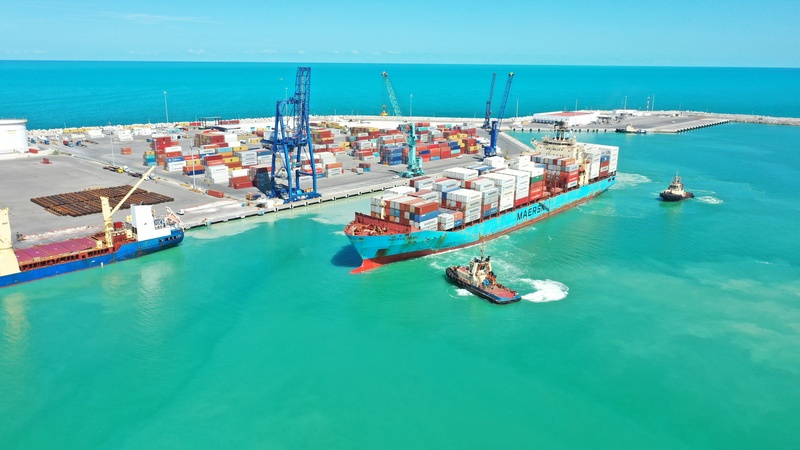 Mexican container terminal APM Terminals Yucatán, which operates in Yucatán’s Progreso port, went live with an industrial wireless network that have antennas and systems from Nokia and a 4.9G LTE radiofrequency provided by AT&T México.

“For now, there is no formal agreement for an evolution to 5G. But DAC is ready for that,” Nokia’s head of sales for digital industries in Latin America, Renato Bueno, told BNamericas.

DAC is a private wireless network and edge computing platform designed to meet mission-critical needs of asset-intensive industries, such as port terminals, according to Nokia.

Bueno said five sites (antennas and related equipment) were installed to cover APM’s terminal area, which spans 11.5ha. The financial terms of the contract were not disclosed.

In a statement, Nokia said DAC provides “industrial grade” wireless connectivity for APM’s virtualized Terminal Operation System and will enable future use cases such as remote and autonomous crane operations within the piers and yards, as well as enable new capabilities at APM Terminals.

APM Terminals Yucatán is the only container terminal in Puerto Progreso, a deep-water port and a key logistics hub for the Yucatán peninsula and southeastern Mexico.

The logistics group said that the signal strength exceeded expectations and that the network is now being considered as a reference for the rest of the group's terminals.

In an interview earlier this month with BNamericas, Bueno said that the port industry could take the lead in terms of private 5G networks in Latin America.

Considering all technologies, the mining industry currently leads with around 50% of such networks deployed in the region, he said in that interview.

In the mining sector, Nokia has a share of around 80%, according to Bueno.

The other half of the market is divided between the ports, manufacturing, oil and gas, and utilities sectors.

As revealed by BNamericas, the Brazilian port of Santos is preparing to deploy what would be Latin America’s first 5G network in a port.

Recently, the Paranaguá container terminal (TCP), in Paraná state, launched what it claims to be the first private LTE network in Brazil’s port sector.

The regulatory framework is updated in accordance with technological advances in the field of satellite communication.