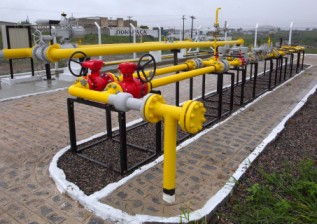 Brazil state-run oil firm Petrobras is facing legal issues to proceed with the sale of its 51% stake in gas distribution subsidiary Gaspetro as part of its US$20-30bn divestment program.

A court in Bahia state ruled that Petrobras will need to provide additional information on the process to evaluate a possible preferential right of the state government to the share as it has 17% of local distributor Bahiagás, while Gaspetro and Japan’s Mitsui each own 41.5% of the company. Other states could ask for similar rulings since Gaspetro holds interests in 19 natural gas distribution companies in all Brazil's regions, most in partnership with state governments.

Local newspapers reported last week that lawmakers from the workers party (PT) in the northeast region will try to stop the sale process through a lawsuit. They are against the privatization, especially during the economic slowdown caused by the COVID-19 pandemic and lower oil and gas prices worldwide, which they believe could affect the value of Gaspetro.

The sale of the 51% started in February and had already suffered delays during the phase to qualify potential buyers due to the pandemic. Petrobras started the non-binding stage of the divestment process on May 15.

BNamericas talks to experts at Wood Mackenzie and Rystad Energy about the local E&P outlook.