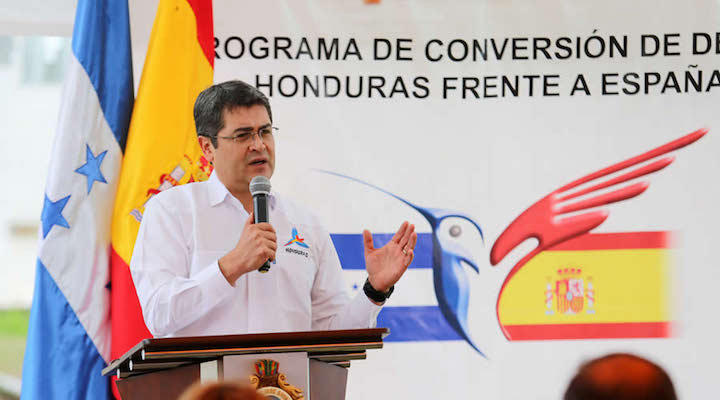 Honduran President Juan Orlando Hernández cut the ribbon on a 68.7mn-lempira (US$2.95mn) landfill in the Gracias municipality of Lempira department.

The initiative is set to directly benefit 66,000 residents of the Gracias and Belén municipalities, and indirectly to 31,000 inhabitants of nearby municipalities, according to a national government statement.

The initiative was financed through Spain's debt conversion program to Honduras, which is managed by the Central American Bank for Economic Integration (Cabei).

Construction works were carried out by Spanish engineering firm INYPSA.

In addition to the construction of the mechanized landfill, the project also entailed equipping the landfill with the relevant machinery to collect, transport and dispose of solid waste.

"We have to take care of this project. It is our responsibility to invest and to bet (on the future). This news is a very positive one, and the country is following a growth path," Hernández said during the ceremony.

Officials from the Spanish embassy in Honduras and representatives from Cabei also attended the event.

The tender for the project was launched in February of last year.

Founded in 2005, Spain's debt conversion program to Honduras focuses on financing environment, education and renewable energy projects. Projects are required to be implemented by companies, institutions or non-profit organizations from Spain or Honduras, and involve the participation of Spanish companies or the import of goods and services from the European country.

The project will require some US$20mn, which is coming from the IDB.

WATER & WASTE: The week in 10 stories