Why Mexico's wind speeds were below average in 2015 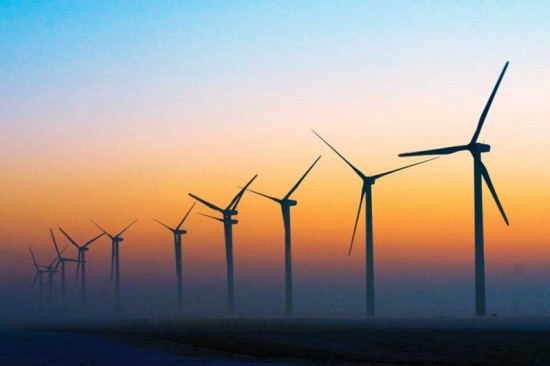 Much of Mexico experienced wind speeds up to 20% below average during 2015, although the drop was less steep in Oaxaca, the state where the majority of the country's wind farms are located.

"These fluctuations highlight the importance of gaining a deep understanding of how much seasonal and year-to-year variability is possible at a location prior to major investment."

The company's 2015 Mexico wind performance analysis says that as wind power nears grid parity in Mexico – the country aims to quadruple wind capacity and add as much as 10GW in a three-year period – keeping wind cost-competitive with conventional forms of generation will be crucial to the success of the newly created wholesale power market.

Mexico will hold its inaugural power generation auction on March 31.

"Managing the long-term performance of sites is an essential part of bringing down the levelized cost of wind energy generation," Vaisala said. "Since wind speeds directly affect wind production, an increase or decrease of 5% can have a 5-15% impact on power generation."

The study found that in early 2015 a US wind drought also had a far-reaching effect on much of northern and central Mexico, where 1Q15 wind speeds in this region were 5-20% below normal.

The study attributed the anomaly to a large blocking high-pressure system across much of western North America. While the trend weakened in the second and third quarter, wind speeds remained below average. In 4Q15, weather patterns shifted, with elevated wind speeds across much of northwestern Mexico.

"Mexico's Oaxaca region, in particular the dense area of development along the coast, is of key strategic importance to international wind energy investors. It boasts one of the strongest wind resources in the country due to unique topography that creates a natural wind funnel through a break in the Sierra Madre mountain ranges to the north and south for air traveling from North America and the Caribbean," Vaisala said.

"Fortunately, last year this area saw above normal wind speeds in the first quarter and relatively neutral wind trends the remainder of the year. However, the quarterly maps do not reveal dramatic monthly changes in the wind resource, which saw shifts in wind speeds from 5% below normal to over 20% above normal from one month to the next. These large swings are by no means isolated events and should be well understood prior to investment."

Want to read more information about Why Mexico's wind speeds were below average in 2015?