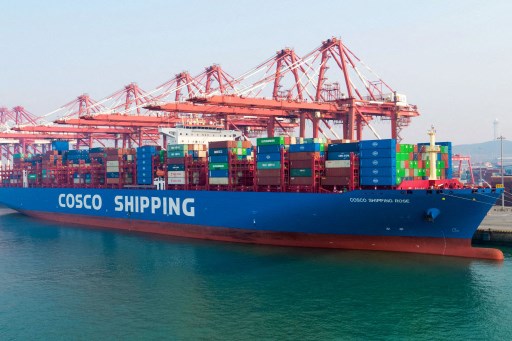 Works on Peru's Chancay port, located 78km north of Lima, are set to continue with the investment of US$190mn on the development this year, according to the assistant general manager of project owner Cosco Shipping Ports Chancay (CSPC).

The port terminal is scheduled to start operations in the second quarter of 2024, although that date could potentially be brought forward to the third quarter of 2023, depending on the progress made over the next two years, Carlos Tejada told BNamericas.

CSPC intends for Chancay to become a major shipping hub on the Pacific coast of the continent. The first stage of the development will require an outlay of around US$1.3bn, while the whole three-stage project is estimated to cost US$3bn.

The volatile political situation in Peru seems not to have affected the progress of this private sector project, which is owned by Chinese multinational Cosco Shipping Ports (60%) and domestic mining company Volcan Compañía Minera (40%), which is in turn controlled by the Swiss group Glencore.

Cosco Shipping Ports’ involvement in the project, beginning in 2019, led to the development being rescaled. The total investments were originally estimated at US$460mn, but the project underwent changes to the first three stages, increasing the total investment to US$3bn.

The new first stage involves the construction of infrastructure for four docks, two to handle containers and two for multipurpose cargo, the CSPC said.

Implementation of the second stage of the project will depend on the level of activity at the port.

Tejada said that once it is in operation, it will be possible to handle Triple E class container ships that carry more than 18,000 containers, which do not currently arrive directly in South America from Asia. "From here the cargo can be distributed to Chile, Ecuador, Colombia and Peru," he said.

Another benefit of the future Chancay port hub is that it will allow travel times for cargo between Asia and South America to be reduced from the current 45 days to just 22 days, which will result in marked decreases in freight costs for importers.

The resizing of the initial project involved obtaining new permits and licenses, which have already been given the green light. In December 2020, it received approval for the amendment of the environmental impact study for the port's operating area, and in February it received authorization for the port itself, granted by the national port authority (ANP).

Tejada said that contracts for the works have already been awarded to companies specialized in construction of port infrastructure, such as China Harbor Engineering Company, among others. Likewise, a camp with capacity for 1,500 workers has been built.

The terminal will be the first privately-owned port for public use in Peru. “The port isn’t a concession, because it’s not built on state infrastructure and also doesn’t have any public investment,” Tejada underlined.

The port was an initiative originally promoted at the end of last decade by Juan Ribaudo, shareholder of Pesquera El Diamante, in partnership with Volcan Compañía Minera.

Port authorization is expected in the fourth quarter, which will allow construction of the US$350mn project to begin early next year.

Most of the mature projects are expected to start in 2023.

What factors affect the development of airport infrastructure in Peru?

Want to read more information about Works on Chancay port terminal advancing with US$190mn investments in 2021?