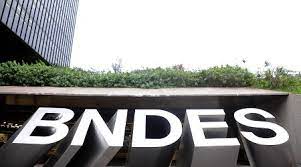 "BNDES will once again finance Brazil's trade relations and will once again finance engineering projects to help Brazilian companies abroad and to help neighbor countries to grow and even sell the result of this enrichment to a country like Brazil. Brazil cannot remain distant. Brazil cannot become small," President Luiz Inácio Lula da Silva said during a visit to Argentina.

Lula reiterated interest in financing projects in Argentina, such as the Vaca Muerta gas pipeline.

During past administrations of Lula’s Workers’ Party, BNDES helped many Brazilian companies with financing projects abroad.

The model was seen as facilitating corruption, however, culminating in the Lava Jato anti-graft probe, which focused on irregular contracts and uncovered a vast corruption network in Brazil and Latin America. BNDES has never been implicated in illegal actions, though.

But the control mechanisms set up in response to Lava Jato make a return to this model difficult.

"This comment from Lula at this moment is more political speech than a final decision. BNDES financing goes through several areas of control and, if it does not prove economically viable, it is not approved by the bank's various departments. I have nothing against Argentina, but we know that the Argentine credit profile risk is high currently, making financing operations very difficult to be approved," Paulo Rabello de Castro, BNDES head between June 2017 and April 2018, told BNamericas.

"This does not mean that all financing for engineering projects outside the country is discarded, those that are economically viable BNDES will approve, as it has an adequate controlling area, which is why the bank's default is next to zero," said Rabello de Castro.

Another potential hurdle is that BNDES financing used to benefit big groups under a national champions policy.

“BNDES has already been involved in quite controversial situations in the past and I believe this type of lesson must be learned. In the past, we saw that the strategy [to finance only Brazilian companies abroad] did not work out very well. BNDES has to give all companies the opportunity to have equal access to all financing mechanisms,” Carlos Fernando dos Santos Lima, who was a leading Lava Jato prosecutor and is a compliance consultant, told BNamericas.

"Financing local companies and their activities abroad works in all countries, as long as we have adequate mechanisms other than offering subsidized rates," dos Santos Lima added.

In the past, BNDES financed some large companies using the TJLP subsidized interest rate model. This mechanism is no longer in force.