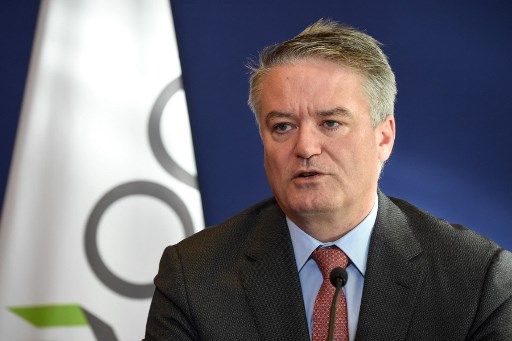 The Organisation for Economic Co-operation and Development (OECD) has decided to open accession discussions with six candidates nations to join the body, including Argentina, Brazil and Peru.

If the three nations are eventually accepted as members, it could stimulate economic reforms, drive trade activity and attract more investments to them. The other three countries are Bulgaria, Croatia and Romania.

"A country that joins the select group of the OECD is obliged to fulfill a series of requirements made by the organization, but in return this is seen as a confirmation of good practices and several global investment funds have a policy to invest only in OECD member countries," Luciano Rostagno, chief Latin America strategist at Banco Mizuho, told BNamericas.

According to Rostagno, of the three South American countries looking to become OECD members, Peru appears to be the most advanced in terms of business-friendly policies required by the organization, while Argentina is the one with the most work to do at present.

OECD Secretary-General Mathias Cormann (pictured) said: “candidate countries will be able to use the accession process to promote further reforms for the benefit of their people, while also strengthening the OECD as a like-minded community committed to a rules-based international order.”

The Brazilian government formally asked to become an OECD member in 2017 and is now celebrating the advance announced by the organization.

“It is a recognition of our agenda and, at the same time, a reinforcement, a commitment to follow the paths of these modernizing reforms," Brazil’s minister of economy minister Paulo Guedes said in a release, underscoring that the government is taking action to improve its regulatory, environmental, tax, financial and institutional areas.

Guedes also highlighted that the process of accessing the OECD requires that Brazil carry out convergence in tax reform, financial liberalization and international agreements on services.

According to the Brazilian government, of the 251 legal requirements made by the OECD of its members, Brazil has already met 103.

“This is an extremely important step for the Brazilian productive sector. I’m sure that the negotiation process will bring many benefits to Brazil and will serve as an impetus for us to leverage important reforms, which will increase the competitiveness of industry and promote more sustainable growth in the country”, said Robson Braga de Andrade, president of national industry confederation CNI, in a release.

There is no deadline for completion of the accession process. The outcome and timeline depend on each candidate country’s capacity to adapt and adjust to align with the organization’s standards and best practices.

Now the OECD begins a process including rigorous and in-depth evaluation of the candidate country’s alignment with OECD standards, policies and practices by more than 20 technical committees.

The technical reviews will cover a wide range of policy areas and will focus on priority issues including open trade and investment, progress on public governance, integrity and anti-corruption efforts, as well as effective protection of the environment and action on climate.

The OECD published a letter to the presidents of each country with which it has opened accession talks. The letter sent to Brazilian President Jair Bolsonaro can be accessed here, while the document sent to Argentine President Alberto Fernández can be seen here and that remitted to President Pedro Castillo in Peru can be seen here.

The OECD currently has 38 members, including Chile, Colombia, Costa Rica and Mexico in Latin America.

BNamericas spoke with Franco Mignacco, president of the Argentine chamber of mining entrepreneurs, to find out more about the implications for the ...

An expert from Moody’s outlines the execution risks that the Argentine authorities are facing, while also commenting on other Latin American countr...