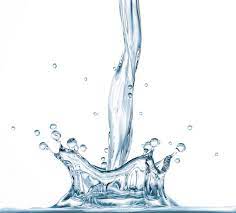 The Brazilian sanitation sector will likely see a series of M&A operations in the next few years, as the industry is receiving a wave of investments from private sector companies.

The sector has been undergoing a major transformation since a regulation approved by Brazil's congress in mid-2020 facilitated the entrance of private firms into an area previously dominated by state-owned companies.

The regulatory changes have come amid efforts by the government to expand coverage of sanitation throughout Brazil, since about half of the population does not currently have adequate water and sewerage services.

According to government estimates, the sanitation sector requires investments of around 750bn reais (US$144bn) to guarantee services for the entire population by 2033, and the expectation that large investments will be made in the industry has the players jostling for position.

Before the changes to the rules, private sector companies only had a market share of around 5%, but that is increasing rapidly.

"The participation of the private sector in the sanitation area is currently at 20% and, being conservative, I believe that this market share will reach 40%," André Pires de Oliveira Dias, CFO of Aegea Saneamento, told BNamericas.

Aegea is currently the largest private sector company in the sanitation sector and the most active in terms of new concessions and PPP contracts assumed in recent quarters.

As well as continuing to pay attention to opportunities for new contracts, the company is also preparing to assess privatizations in the sector.

"The privatization shift hasn't started yet, but once it does, we will assess the opportunities. One privatization that should take place in the short term is the Rio Grande do Sul state company Corsan, and we're going to evaluate this asset," said Pires.

Investment and private equity funds are also actively evaluating companies operating in the supply chain, as demand for services, equipment and materials is expected to grow and the supply chain is currently highly fragmented.

Brazilian asset manager Vinci Partners announced in September that it was acquiring a minority stake in Efficopar, a local small enterprise (SME) specializing in water and sanitation efficiency services, underlining the interest of funds in deals in this segment.

"We bought a stake in Efficopar through our Vinci Impacto e Retorno IV fund. This fund specifically invests in assets with ESG appeal. We also have funds where we invest directly in sanitation concessions. At Vinci, we have a broad solution related to the sector, where we're open to making investments in concessions and also in the supply chain," José Guilherme Souza, partner and head of the infrastructure area at Vince Partners, told BNamericas.

Along with Vinci, another local asset management company, Mauá Capital, also is interested in putting money into companies in the supply chain.

Although M&A transactions are already taking place in the sector, operations involving major private sector companies are still not on the radar in the short term.

"In all the more mature infrastructure sectors we've seen a consolidation process at some point. However, in sanitation I still don't see these moves happening in the short term," said Pires.

At the moment, the main private operators in water and sanitation are Aegea Saneamento, Iguá Saneamento, Saneamento Ambiental Águas do Brasil (SAAB) and BRK Ambiental.

The Brazilian development bank will finance a rolling stock renewal and infrastructure modernization for lines No. 8 and No. 9.