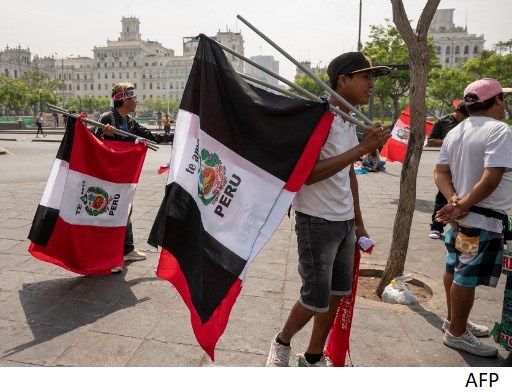 Southern Peru will be a key area in the country's mooted early general elections, expected to take place either in December or April 2024, with the latter seen as more likely.

The southern regions of the country, such as Cusco, Puno, Arequipa and Apurímac, have had a marked left-wing bias in most recent elections and provided much of ousted president Pedro Castillo's support.

These regions emphatically rejected right-wing candidate Keiko Fujimori three times in the 2011, 2016 and 2021.

The ongoing protests and violence in large parts of Peru and particularly in the south, along with general disapproval of the performance of President Dina Boluarte, will sway votes in regions that largely believe that Castillo was unfairly removed and unjustly imprisoned. Over half of the people in those regions also backed Castillo’s decision to temporarily dissolve congress and declare an emergency government in a so-called self-coup staged in order to remain in power.

If the conflicts are not quelled and the protesting public's demands are ignored, the electoral scenario could provide a platform for radical candidates who would try to attract support by proposing drastic changes.

According to a January poll by market research company Ipsos Perú, only 33% of the Peruvian public agreed with the reasons that led leftist Castillo to attempt to dissolve congress on December 7. However, that figure rises to 52% in the south.

Meanwhile, disapproval of Boluarte's government is at 71% nationwide, but at 89% in southern Peru.

The atmosphere is one of polarization. The perception in the south that Castillo was unjustly imprisoned and should be released is demonstrated by the violent and ongoing protests that have left at least 50 people dead.

“[Castillo] represented rural Peru. In the last demonstrations, rural residents come out to say 'we had a representative and they didn't let him govern …. They've taken away our historic opportunity,” historian Antonio Zapata said in an interview with newspaper La República.

Alberto Vergara, a well-known Peruvian political scientist, said in an interview with Canal N that the origins of the current discontent in the southern regions is partly linked to the results of the 2021 presidential election.

Although Castillo emerged as the winner in a very tight contest, accusations of fraud were levelled against electoral authority JNE and election organizing body ONPE, with Fujimori's backers seeking to annul around 200,000 votes cast in rural areas.

With the accusations of electoral fraud "part of the country was told that they weren't considered equal and that their votes were going to be cancelled. There is a sector that feels that the same agents who wanted to cancel their votes are happy with President Boluarte now. It's normal for political anger to have permeated these sectors of society," said Vergara.

No clear political leader has yet emerged to unite the demands of southern Peru and mobilize the support of the electorate. The specific reasons for the protests vary from region to region and even the positions of the different regional governors show considerable discrepancies.

However, what they do agree on is to hold a new election as soon as possible, even though that may not solve Peru's underlying problems.

Periods of crisis in Peru, and even economic booms, have paved the way for populist movements to emerge in the country. The current situation is highly complex as a consequence, and if popular demands are not met or the government's reaction to the protests does not manage to calm the waters, it could lead to the emergence of a radical candidate who can garner sufficient support to become president.

Reaching agreements with the south is therefore key to ending the repression, allowing economic activities to resume and taking the wind from the sails of more extremist proposals. The economic cost of not doing so is likely to be high.

Peru: The Minister of Transport and Communications indicates that they will work to restore night flights

The interrupted points on the highways decreased from 120 to 28 and the Executive is in dialogue with the population to normalize traffic, she said.

BNamericas looks at the factors that could increase the possibilities of a push for a new constitution and talks to a local expert about the politi...

Peru: SPH joins the call of civil society to demand that the government respect democratic institutions and governa...

Want to read more information about Spotlight: The decisive role of Peru's south in the early election?