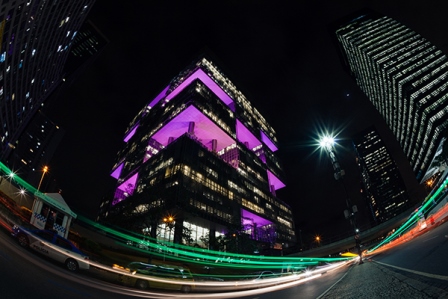 The state-run oil firm has five new FPSOs scheduled to come online this year and next:  P-71, in the Itapu field (possibly in December) and Almirante Barroso (Búzios), Sepetiba (Mero) and Anita Garibaldi and Anna Nery (Marlim) in 2023.

But the company’s output growth will depend on the pace of the ramp-up of the new FPSOs combined with the decline of its post-salt fields.

“I believe Petrobras may still go through a period of stabilization, perhaps with some upside, although this is unlikely,” Leão said.

In the third quarter, the company produced 2.64Mboe/d, down 6.6% from the same period last year and practically in line with the volume extracted in the previous quarter (2.633Mboe/d).

Announced on Monday, Petrobras’ quarterly results reflect the impact of the reduction of its participation in the Atapu and Sépia fields and the stoppage for decommissioning and demobilization of the Capixaba FPSO, in the Jubarte field.

These effects were partially offset by the continued ramp-up of the Guanabara FPSO (Mero field), the high production of P-68 (Berbigão and Sururu fields) and lower losses with maintenance and interventions.

“With the good performance in the quarter, coupled with our forecast ramp-ups and new well entries for 4Q22, we reaffirm our expectation of reaching our 2022 production guidance of 2.6Mboe/d, with a variation of 4% up or down,” Petrobras said in a statement.

Petrobras’ production curve has been impacted in recent years not only by the natural decline of its mature hydrocarbon reservoirs, which are mostly located in the Campos basin, but also by its divestments that are mainly focused on shallow water assets.

In the third quarter, 73% of the company’s production came from pre-salt fields, totaling 1.94Mboe/d.

“Regarding production in the post-salt, the tendency is that, after Petrobras ceases the sale of mature fields, there will be a recovery in output in those areas,” said Leão.

Of the 14 FPSOs programmed to start up by 2026, four will be installed in post-salt fields: Anita Garibaldi and Anna Nery, which are part of the Marlim field revitalization program, Maria Quitéria (Parque das Baleias) and P-81 (Sergipe deep water).

Meanwhile, Petrobras is tendering the FPSO for its Albacora field revitalization project, in Campos.

The CEO of Box Asset Management, Fabrício Gonçalvez, said the data released by Petrobras, even with lower production compared to the annual rate, was in-line with market expectations and the company's guidance.

“The state-owned firm is managing to reduce its losses for repairs and interventions, coupled with ramp-ups and new well entries forecast for 4Q22, with expectations of reaching the production guidance for 2022, of 2.6Mboed,” Gonçalvez told BNamericas.

Petrobras’ oil derivative sales in 3Q22 were 4.7% higher than the previous quarter, with an increase for all products, mainly diesel and gasoline.

The increase in the diesel market was because of the seasonality of consumption, while the growth in gasoline was due to the drop in the average price to the consumer.

“The 4.7% increase in derivative sales will not be enough to offset the reduction in gasoline and ethanol prices in 3Q22, and it’s this impact that causes some concern,” the head of equities at Levante Ideias de Investimentos, Flávio Conde, told BNamericas.

With the presidential runoff on Sunday, Jair Bolsonaro’s administration has frozen fuel prices to avoid negative electoral impacts, subjecting Petrobras to losses on oil derivative sales amid high international prices while the US dollar remains above 5 reais.

The company’s production of derivatives fell 1.2% sequentially in 3Q22 due to scheduled shutdowns, with the greatest impact on diesel, aviation kerosene and naphtha.

Sales and production were lower than in 3Q21, mainly due to the divestment of the RLAM refinery, currently operated by Acelen (Mubadala) under the name of Mataripe.

Petrobras now plans to start operations of its new natural gas processing unit at the Gaslub hub, in Itaboraí, in 2024.

Designed to increase the offer of pre-salt gas to the Brazilian market, the unit was scheduled to come online this year, but the project was delayed after the demobilization of the workforce of special purpose company Kerui-Método, which was responsible for the works.

The remaining construction works are being put out to tender by Petrobras.

Want to read more information about Why Petrobras' output is unlikely to grow significantly in the short term?