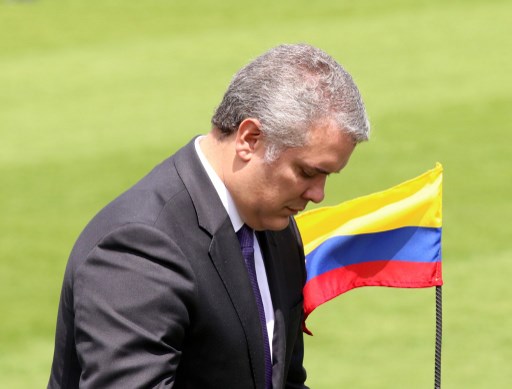 Over two years after the extent of Odebrecht's bribes scheme across Latin America was revealed, some countries have seen major political figures prosecuted or even jailed for their participation.

In Colombia, however, despite convictions against figures such as ex-deputy infrastructure minister Gabriel García and ex-senator Miguel Elías, most of the country's political elite have avoided the backslash, even though payments in the 2014 presidential campaigns have been uncovered.

Juan Carlos Ruiz, a political sciences and international relations professor at Bogotá's Rosario University, told BNamericas that the overall feeling in Colombia is that "this isn't advancing very much because of the head prosecutor," Nestor Martinez.

Recordings left behind by Jorge Pizano, a key witness in the investigation into bribes in the Odebrecht contract for the canceled Ruta del Sol 2 concession, who suddenly deceased, implicate Martinez. Both men worked for Odebrecht's consortium partner in the project, Corficolombiana, in 2015.

The recordings prove that Pizano warned Martinez about the irregularities in the contract back then, and the ensuing negligence accusations against the head prosecutor prompted President Iván Duque to appoint a dedicated investigator for the case.

Soon after Jorge Pizano's death, his son Alejandro died too, drinking unknowingly from a bottle containing cyanide in his father's office. The event casts doubt on the causes of the key witness' death, originally established as result of a heart attack.

Later, a second witness, former transparency secretary Rafael Merchán, was found dead in his apartment, also because of cyanide. In that case, however, prosecutors and Merchán's family said he committed suicide, according to a press release from investigators released on Wednesday.

Professor Ruiz highlighted that in the month prior to these events, a prosecutor investigating the case suffered a traffic accident while vacationing in Chile.

"If these are coincidences, then there are a lot of coincidences happening at once," he says.

Despite the deaths and a growing list of implicated former officials, some of the main figureheads of Colombia's politics, such as former presidents Álvaro Uribe, Juan Manuel Santos and current President Iván Duque, still haven't faced charges.

Duque was said to have participated in a meeting with publicist José Eduardo Cavalcanti de Mendonça, to which Odebrecht paid US$1.6mn for services in the 2014 campaign of Oscar Zuluaga. Ruiz maintains that the president "hasn't given full explanations and no one is demanding them."

He points out that news outlets in Colombia haven't highlighted the issue of corruption at higher government levels, and "there are some who say that corruption in Colombia wasn't that big."

According to Ruiz, local media "has a minimizing attitude, because there's a very powerful banking consortium involved," alluding to Aval Group, which owns Corficolombiana.

Eugenie Richard, political scientist at Externado University, told BNamericas that the public image of Colombia's political elite is already damaged due to the scandal.

"The entire political class is affected by the Odebrecht case. Public opinion is convinced that the political class, as a group, is corrupt," she said, adding that the issue is poised to become a central point in this year's regional elections, following 40 years of campaigns dominated by security issues.

Richard thinks that the affair could give an edge to Alianza Verde and the candidates that backed a referendum to increase punishment for corruption last year.

Although the vote ran short of the 12.1mn ballot threshold, Richard highlights that it nevertheless mobilized over 11mn Colombians despite the lack of backing from mainstream political parties.

Aside from Odebrecht, Colombian firms such as the Solarte Group and Conconcreto are also facing corruption allegations, while banks felt the consequences from the Odebrecht probe in their market value.

"The ones that did lose in terms of stock were the banks that were associated with Odebrecht. Some numbers say that they lost between US$2bn and US$20bn," Ruiz said.

The case also influences infrastructure development. For example, the Ruta del Sol 2 highway is now awaiting a new consortium to take over and finish the works.

"We have had cases in which projects aren't finished, because contractors give away the money in bribes and end with little resources for works," Ruiz said.

President Duque shares this view. On Wednesday he visited the ongoing works at La Línea tunnel, which has been plagued by delays and is also surrounded by corruption allegations.

Richard adds that the Odebrecht scandal affected Colombia's competitiveness, since many of the compromised projects involve highways and other transportation works needed to link the central regions with the ports.

She even claimed that Colombia could slip into a situation similar to Argentina, where construction firms paid bribes for years to obtain infrastructure projects. Once the payments were uncovered, major projects and tenders slowed down or stopped, with widespread negative economic consequences.

While Duque isn't risking as much as his Argentine counterpart Mauricio Macri – who faces a presidential election in 2019 – Richard warns that "heads can roll. They haven't rolled yet, but they can."

BNamericas takes a look at the latest news in the Colombian infrastructure sector.

Colombia guarantees funds for line No. 2 of Bogotá metro, Calle 13