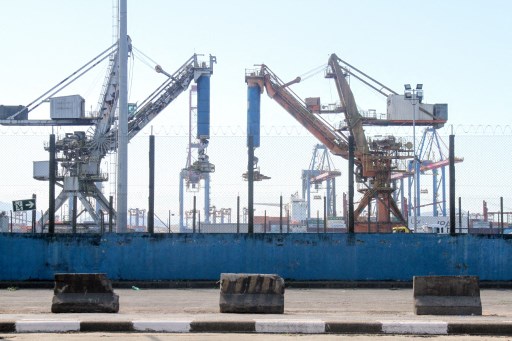 Santos Brasil, the largest port terminal operator in South America, has technology projects on the agenda to modernize operations and increase efficiency.

“Just in information technology, we are doing this year the largest investment in Santos Brasil’s history, worth 20mn reais (US$3.79mn),” Ricardo Abbruzzini, the company’s head of innovation and IT, told BNamericas.

A recent project was the upgrade of management system ECC 6 to S/4 Hana, both provided by SAP. The migration started in 2020 and its main modules were delivered in early 2021.

Santos Brasil is also using accounting software, developed by Brazilian company Synchro, that will be coupled with S/4 Hana. Meanwhile, an inventory system previously supplied by IBM will now come from SAP.

According to Abbruzzini, the contract with SAP is worth 3-4mn reais.

It includes the migration of part of the management data to the cloud of Amazon Web Services (AWS), which should lead to savings with machinery maintenance and electricity.

Other cloud migrations are not planned for now. Santos Brasil's sensitive port operational information will remain on-premise and stored internally.

“We still have some limitations in Brazil in terms of having a redundant network system. One can't put high availability port functions, which require a quick response, in a cloud environment supported by a type of connection that can fail.”

Santos Brasil bets on a mix of network technology at its terminals.

On the one hand, it boasts having one of the largest outdoor Wi-Fi networks, with 45 access points, installed at its terminals, devices provided by Hewlett Packard Enterprise's Aruba wireless subsidiary.

The company is also testing a Cisco Wi-Fi technology, Fluid Mesh, to support large data transfers of a remote control system on its cranes, said Abbruzzini. This system will go live as pilot this week.

On the other hand, Santos Brasil relies on microwave cellular antennas for its outdoor operations, in addition to a terrestrial fiber optics network, provided by Telefônica Brasil, to connect its offices, warehouses and the federal tax office in Santos.

Meanwhile, a 4G solution for port terminals offered by Nokia, with a possible upgrade to 5G once this technology becomes available, is being evaluated, Abbruzzini said.

“5G is a great bet to replace Wi-Fi in the management of IoT application machines.”

In IoT, the company is developing a smart sealing system for its containers, as well as a cargo security solution. Both developments are in-house developed by Santos Brasil's technology team.

The team also developed a recently launched application to expedite trucks' arrival at a company's terminals. The main objective is to avoid that drivers be charged late fees.

The company is also implementing a terminal operating system (TOS) in Santos and Barcarena, provided by South Korean specialist CyberLogitec.

CyberLogitec's OPUS solution offers an integrated approach to quayside and yard operations in a single system without the requirement for numerous add-ons, according to Abbruzzini.

Santos Brasil operates five sea terminals, three of which are container terminals – Tecon Santos (Port of Santos, in São Paulo state), Tecon Vila do Conde (Porto of Barcarena, in Pará) and Tecon Imbituba (Port of Imbituba, in Santa Catarina), as well as the TCG Imbituba general cargo terminal (Imbituba City, in Santa Catarina state), and TEV, an exclusive vehicle handling terminal at the Port of Santos in São Paulo state.

Consolidated container throughput at the three terminals totaled 1,078,992 units in 2020, down 7.7% from 2019, as reported in Santos Brasil's latest financial report.

In its main market (Port of Santos), Tecon Santos saw a 7.8% year-over-year decline in container throughput, to 937,424 units.

The terminal’s capacity utilization stood at 74% in 2020, while Santos port registered over 80%, which Santos Brasil attributed to “the high occupancy rates of competitors’ terminals.”

Recently, Santos Brasil acquired three liquid bulk terminals in the Port of Itaqui, in Maranhão, in infrastructure auctions carried out by the government.

The company is reportedly studying bidding for at least two other fuel terminals in the Port of Santos.

A survey of data available at DATaPort shows that corn shipment drove the total in the period.

Efficiency-related actions should generate a reduction of 720 tons of CO2 per month in the city's emissions.