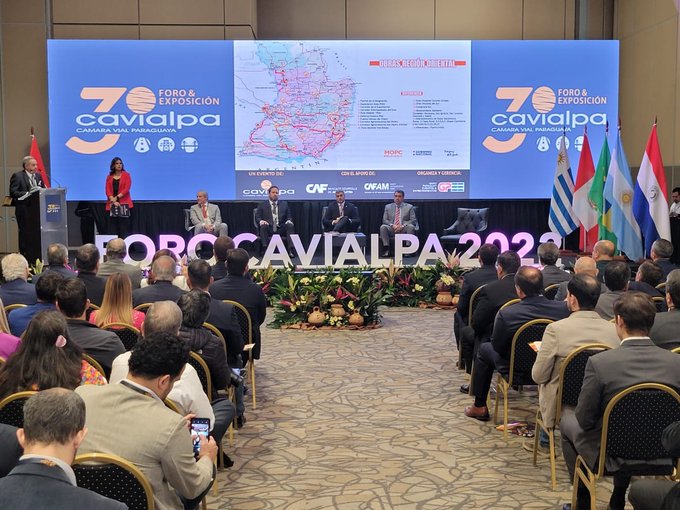 “Nowadays, we need a higher private sector participation and private financing to maintain those investment levels,” President Mario Abdo said during the opening of the 2022 forum of road construction association Cavialpa.

He also said that Paraguay’s competitive low tax burden makes it an attractive destination for investors.

“We have been in a gradual [debt] reduction process since last year, in order to keep public finances at sustainable levels and to meet the fiscal rule target in 2024,” finance minister Óscar Llamosas said at the event.

Currently, there is one road project under construction, the widening of routes 2 and 7 (US$527mn), being carried out under a PPP contract, while another contract for route 1 (US$261mn) has had the pre-feasibility studies approved, according to the head of the country’s planning secretariat (STP), Viviana Casco.

“We're now ready to advance more quickly with these financing mechanisms,” she added.

Another two PPP projects, a ferry system for capital Asunción (US$84mn) and the dredging of the Paraguay River waterway (US$110mn), have also passed the pre-feasibility phase.

When asked by BNamericas about any improvements she would like to see in infrastructure investment, Casco said that better public administration could make processes more rapid, although she ruled out a reform of the current PPP law.

Lastly, the head of securities regulator CNV, Joshua Abreau, said that securities custody needs to be improved to facilitate access to foreign investment funds such as Blackrock.

“There’s a lot of interest from international funds in Paraguay, but the key issue is the custody of those security assets,” he said in response to a question from BNamericas, adding that the CNV is currently seeking to implement a “global custodian” to process cross-border security trades.

Paraguay’s landlocked geography has historically prevented efficient data transport, but this could change as governments and private players seek ...

As the ripples of the Chilean protests reach Paraguay, the government is speeding up investments.