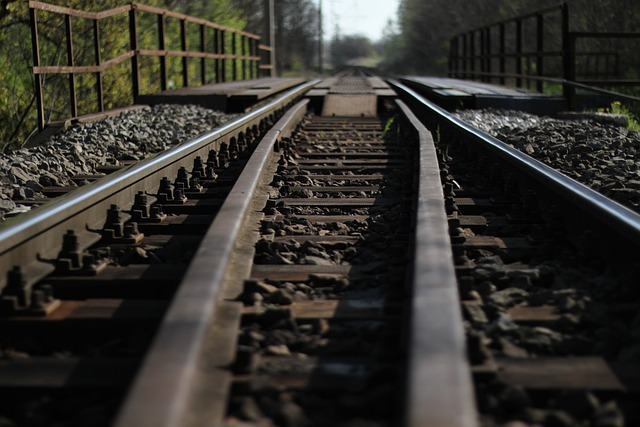 Overall, the studies will cost 270mn pesos (US$13mn) by 2022, according to the finance ministry’s (SHCP) investment portfolio.

BNamericas looks at eight projects that are planned so far. 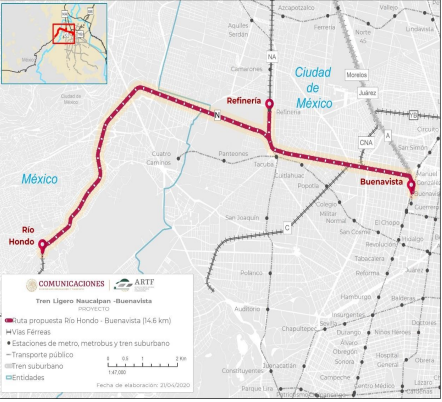 The project entails using part of the existing 31km line V railroad, which crosses Veracruz state capital Xalapa from north to south, to build the first stage of the light train, involving 18km.

So far, 10 stations and two terminals have been projected, but in stage two the rail link will extend 12km southeast to Coatepec municipality.

The railroad is currently concessioned to KCSM.

ARTF launched 10 studies in April, which are set to be completed by December.

In March, President Andrés Manuel López Obrador said his administration would start the project only if it could be finished by the end of his term in 2024. He added the system was originally planned to be completed by 2025. 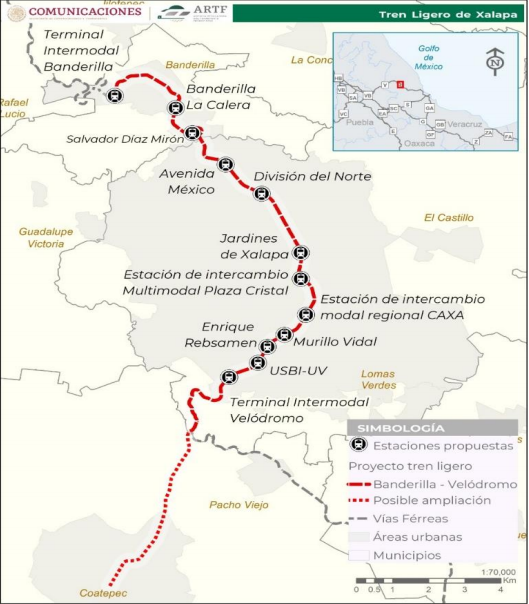 The passenger rail is the most important in the portfolio. It is planned along the 20bn-peso Tehuantepec isthmus rail corridor between Salinas Cruz port in Oaxaca and Coatzacoalcos port in Veracruz.

While work on the interoceanic freight corridor has started, the government is seeking a solution for passenger use. Studies started in January and will be completed by October.

This train would use of the existing rights-of-way for the 300km line Z between the ports. Of the total, 213km are concessioned to Tehuantepec state operator FIT and the rest to private operator Ferrocarriles del Sureste (Ferrosur). 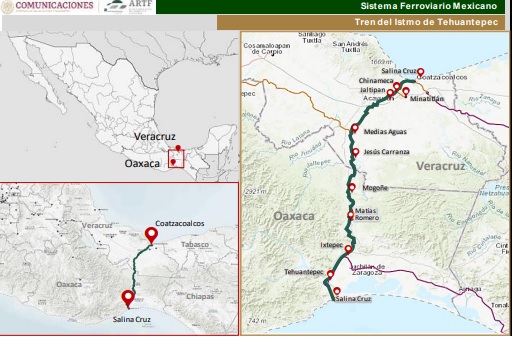 Nine studies are underway for a commuter rail to connect Hidalgo state Felipe Ángeles international airport (AIFA) defense ministry Sedena is building at Santa Lucía military airbase in Mexico state. They started in April and should be finished by December.

The line is projected to cross the Hidalgo municipalities of Zempoala, Villa de Tezontepec, Tizayuca and Jaltocán, and Tecamác and Zumpango in Mexico state. If found feasible, this would be the first line of a new transport system for metropolitan areas in the Valley of Mexico. 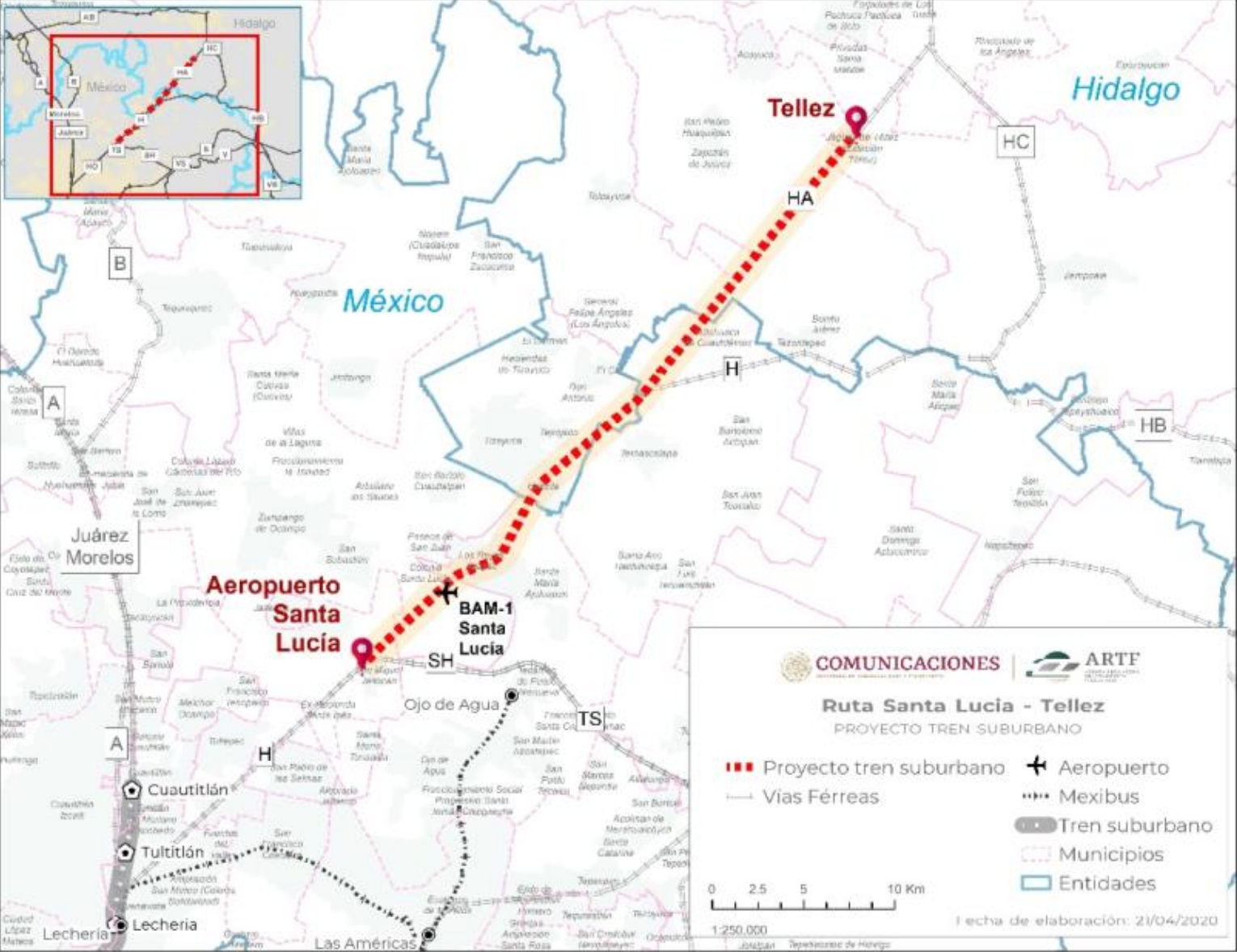 In January, ARTF began studies on a tram-train project between Tapachula city and Chiapas port, also enabling a link to Tapachula international airport in the middle.

Requesting the funds, ARTF said the first stage could cover almost 30km, but the line could be expanded in a second stage to 41km and include northeastern Álvaro Obreón municipality.

Set to begin next year, ARTF has requested funds for studies on a 264km passenger rail line to connect Nuevo León state capital Monterrey and Nuevo Laredo, in Tamaulipas.

The link would enable improved connection with the key urban area of Monterrey and the US, using the existing rights-of-way for line B, also concessioned to KCSM. The rail line already handles several tons of cargo.

The line would alleviate traffic and security issues on the Nuevo Laredo-Monterrey highway, a sector with forceful presence of drug cartels. Studies should be completed by December 2022. 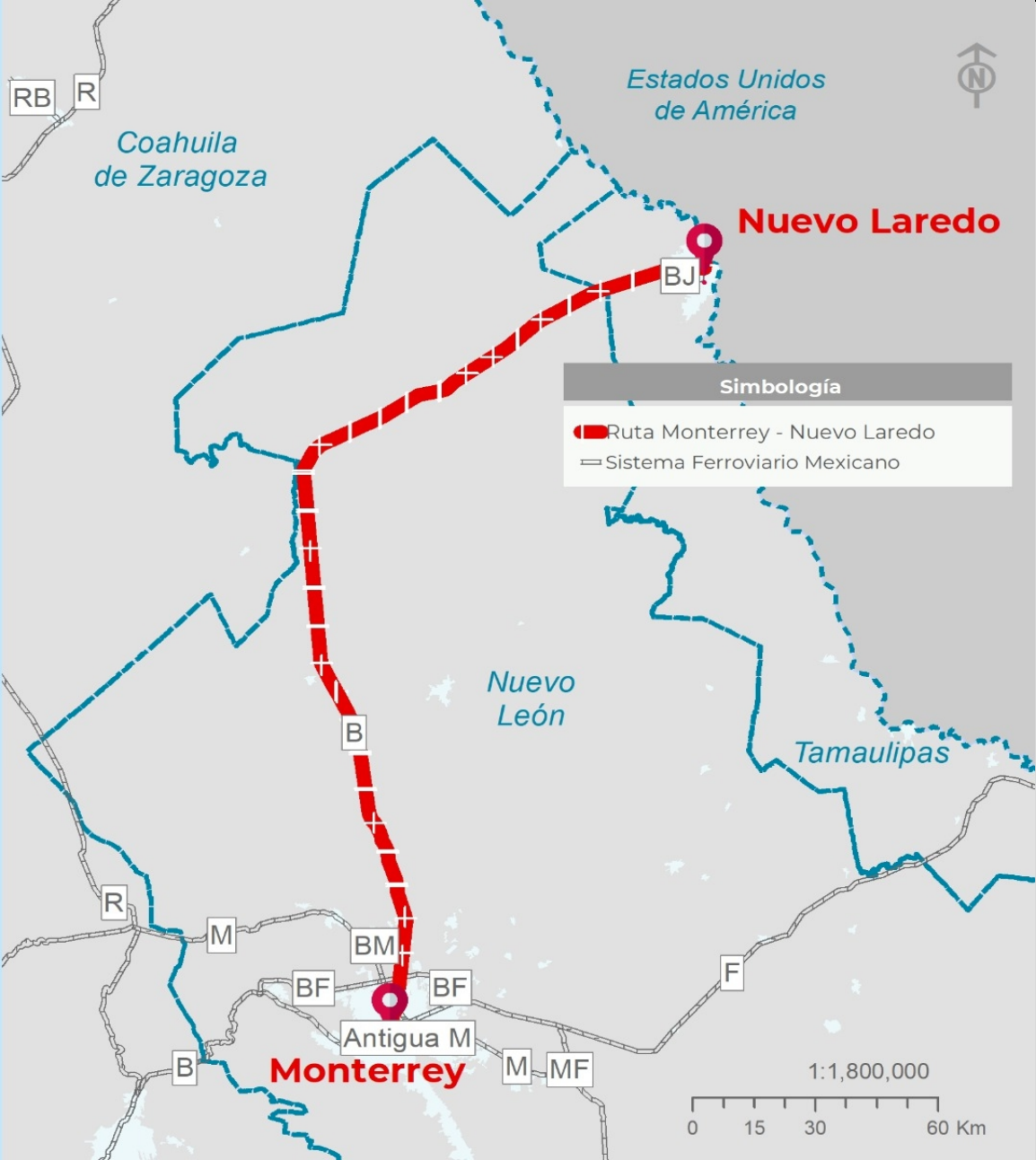 ARTF will launch 12 studies in January 2022, all to be completed by December, to prepare construction of a 51km passenger rail line between Coahuila state capital Saltillo and Monterrey.

Line B rights-of-way could also be used. The line would complement the Coahuiltecan suburban train in Coahuila, for which studies will also start in January, conducted by SCT’s multimodal and railway development unit.

This unit is analyzing more train proposals, mostly related to freight plans such as a 97km branch between the Dos Bocas refinery and a freight line concessioned to FIT. 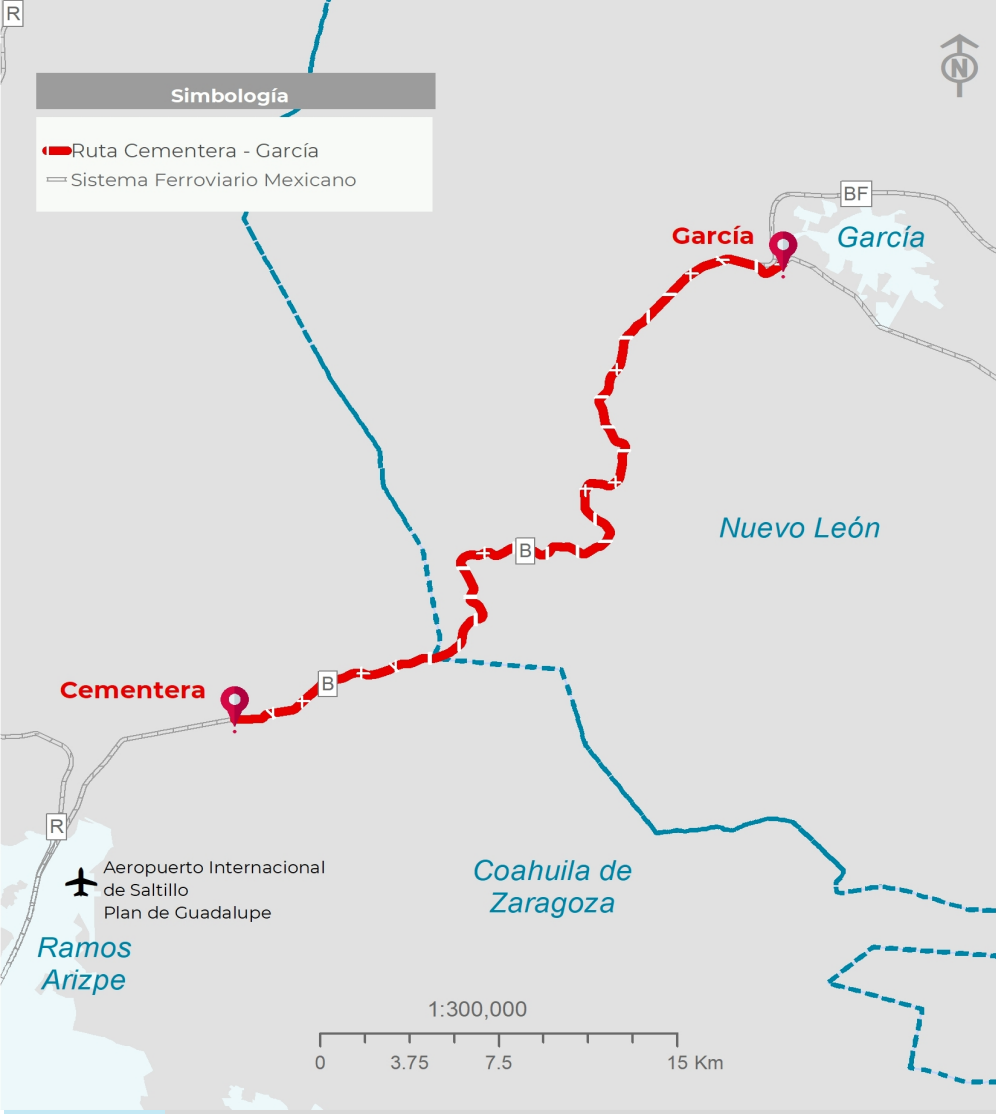 More recent additions to the SHCP’s portfolio are 11 studies on the 100km passenger rail link between Colima state’s metropolitan area and the port city of Manzanillo.

The studies will be carried out from January to December next year.

According to ARTF’s request, the rail line could use former Ferrocarriles Nacionales railroads that are unused and went to Ferromex when the former was privatized. The first stage between Colima municipality and Manzanillo port entails the Colima, Coquimatlán, Madrid, Caleras, Tecomán, Armería, Manzanillo stations. 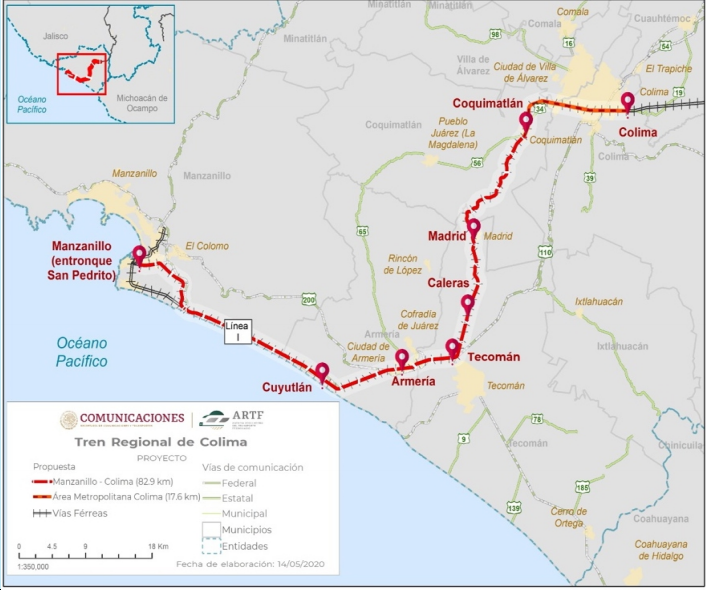 ARTF has also included three studies for installing a security research lab in Querétaro state, the construction of an intermodal railway terminal on the border with Guatemala and a 50-year plan to regulate projects.

Besides, SHCP approved the regulator’s request for 24bn pesos from the 2022-24 budgets to build the García-Monterrey airport rail link, for which a public-private tender will be launched this year, according to the portfolio.

Line 4 of the Guadalajara Light Train will be a modern, efficient, safe and environmentally friendly transport system, whose construction will have...

Want to read more information about Spotlight: 8 rail lines being planned in Mexico?