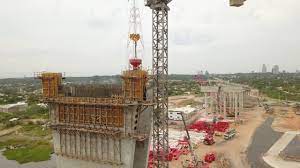 Paraguay’s budget proposal for 2023 includes 5.6tn guaraníes (US$804mn) for the public works ministry (MOPC), of which around 4.1tn are for infrastructure investments.

On Tuesday, public works minister Rodolfo Segovia told a bicameral budget committee that if the fiscal deficit cap was raised from 1.5% of GDP to 2.3%, it would add US$200mn to MOPC’s investment plans. The figure corresponds to projects that already count with financing but were not included in the budget bill, the ministry said in a press release.

The funds assigned to MOPC this year amount to 5.9tn guaraníes.

Some of the biggest projects included in the 2023 budget are:

The contract entails rehabilitating 53km between the Alberdi bypass and the Tebicuary river, as well as the urban crossing at the town of Villa Franca in Ñeembucú department. The budget bill states that the goal for 2023 is to improve 32km in this section.

Lot 2 of the Alberdi-Pilar highway was finished earlier this year.

Asunción-Chaco’I bridge (US$130mn): 20bn guaraníes have been assigned for next year. As of early September the project was 70% complete and MOPC aims to finish it in 2023.

Works entail the construction of a 7km cable-stayed bridge linking capital Asunción and the town of Chaco’i. The goal for 2023 is to finish 2km.

The project had reached 22% completion as of late August.

It entails widening a 19.2km section of route PY09 between the Remanso bridge and the Puerto Falcón border pass in Presidente Hayes department. The budget bill set a 12km goal for 2023.

Eastern metropolitan corridor (US$212mn): 628bn guaraníes have been assigned to the main components of the project, which are the access roads for the second bridge at the Brazil border (307bn) and a bridge over the Monday River (322bn).

The corridor contemplates a total of around 37km, which are divided into 32km of access roads, and a 4.6km corridor linking the urban area of Presidente Franco (Alto Paraná department) and the 500m bridge over the Monday River.

The project is divided into three contracts, and as of early September it had advanced 22%.

It entails works on 188km in Presidente Hayes department and the goal for next year is to complete 104km.

It entails paving a 60km road in Alto Paraná department and the goal for 2023 is to complete 20km.

The country will hold general elections in April next year.

The budget includes 226bn guaraníes for the project’s construction works and the goal for 2023 is to complete 2km.

Pozo Colorado-Concepción (US$78mn): The highway rehabilitation and maintenance project is divided into three contracts and in July it had reached 78% progress.

The budget includes 97bn guaraníes for the project and the 2023 goal is 146km of maintenance and 2km of rehabilitation between Pozo Colorado (Presidente Hayes) and Concepción, the department’s namesake capital.

San Pedro-Belen-Concepción route (US$95mn): Divided into three contracts that were awarded in April, the project entails works on 150km of rural roads in the departments of San Pedro and Concepcion.

The assignation for 2023 is 207bn guaraníes and the goal is to complete 12km.

BNamericas provides an infrastructure and water news roundup from Chile, Uruguay and Paraguay.

Three contracts totaling US$96mn were awarded, and entail improvement and maintenance work on 132.8km of roads in San Pedro and Concepción departme...