The woes of Peru's fiber backbone and Rednace connectivity projects 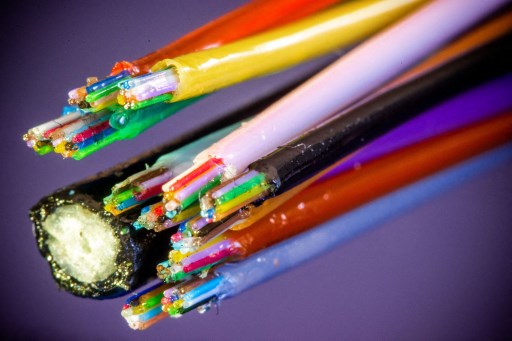 The Peruvian government would like to see a greater effort by regional administrations in the expansion of telecom services, specifically two state-sponsored signature projects: Rednace and fiber backbone RDNFO.

In a visit to Ayacucho, capital of the namesake region, transport and communications (MTC) minister Richard Tineo called on recently-elected regional governors to "work jointly and articulately to scale up telecommunications services" in the country, MTC said in a release.

Without providing details, Tineo said the executive branch is working to strengthen the national state network known as Rednace and an initiative to connect public institutions through, among others, RDNFO.

Rednace was conceived to be a network for the exclusive use of the public sector, with the goal of offering services to citizens at different levels of government, bringing efficiency and cost savings, and safeguarding strategic, security and defense information.

It is not a physical infrastructure, as RDNFO is, but a platform that runs on top of it.

The law that created RDNFO stipulates that a percentage of the fiber backbone’s capacity be set aside for Rednace, "which will meet the broadband connectivity demands of all public administration entities."

Also, the law states that Rednace’s connectivity is to be hired from "one or more concessionaires of public telecoms services."

The problem is that RDNFO currently lacks a private operator.

Following the termination of a contract for financial reasons with Mexico’s Azteca, and failed attempts to select a new operator for the backbone network, the Peruvian government ruled that national telecoms program Pronatel would remain in charge of RDNFO for the next three years.

"It has been deemed appropriate to cancel the process to contract an operator to provide the service for a period of three years, until further notice, and have Pronatel continue to operate it," MTC said in June.

Rednace, for its part, still does not actually exist.

"As of today, Rednace, understood as a single network that connects public administration entities, does not exist as such, nor has its implementation begun," the department of government and digital services said in a report in February, nearly a decade after the passing of the law that created RDNFO.

This does not mean that public entities are not connected and sharing services internally, or that they are not providing digital services to citizens.

"On the contrary, these entities, with their own platforms and interconnections, fulfill their function of sharing internal services and providing numerous digital services, accessible by citizens through https://www.gob.pe, but these are diverse networks, with non-unified standards, with capacities contracted from multiple providers, distinct terms and conditions and managed by multiple agencies," the report states.

In the report, the government argues that a national network for public sector use – interoperable and interconnected – has several advantages.

These include having common cybersecurity and traffic encryption standards, the possibility of having early warning systems for security incidents, as well as savings in connectivity and management costs through the purchase of capacity from a single contractor.

But vagueness and inaccuracies in the text of the RDNFO law have led to problems in the development of Rednace. This helps to explain why the strategy has not got off the drawing board.

The RDNFO legislation states that Rednace will be used to prioritize education, health, national defense and security. According to the government department, that implies a very high number of entities in the public administration, with very different needs.

The department notes that, while most Peruvian government offices (central, regional, provincial and district) have a connection, and their main needs are to integrate into a common and interoperable network, many small public bodies in the country (schools, health centers, police stations, etc.) still lack broadband.

The department estimated that only around 35% of the public entities initially registered to be integrated in Rednace are connected to the internet.

"In short, the above figures, due to their very high number, the low penetration of internet connection and their very different requirements, would imply an unbearable effort that, if they [the entities] were to be incorporated with homogeneous criteria into Rednace, this would jeopardize the implementation," the report says.

The department recommends first grouping public entities into two main groups, based on the current situation in relation to their broadband connections and immediate needs.

It also suggests alternative solutions, such as satellite internet, given the impossibility of connecting to fiber networks in a timely manner.

Further details on the analysis and the recommendations for Rednace by the department can be seen here, in Spanish.

While RDNFO already spans over 13,500km, it has proved commercially unfeasible.

It was meant to be a wholesale network to take connectivity to remote areas of the country by allowing telcos and carriers to lease its infrastructure and deliver last-mile connections from it.

According to MTC, less than 4% of RDNFO’s capacity is currently in use.

The problem is that telcos were building their own backbone and backhaul networks, even sharing the infrastructure among them, which left the government-backed project underutilized.

Internet para Todos (internet for all), a rural network project carried out by Meta, Telefónica, CAF and IDB in 2019, for instance, just reached 3mn Peruvians in the most remote areas of the country.

Internet para Todos was established as a rural mobile infrastructure operator (OIMR, in Spanish) to deploy telecoms infra in locations where access is lacking or limited.

Like RDNFO, the infrastructure is made available to third parties in a wholesale format, so that carriers can offer 4G to those living in rural locations.

While Pronatel is responsible for the public backbone network, MTC created a working group to review RDNFO’s operating framework and come up with solutions and services that can make it economically viable.

In the meantime, the government continues to advance on the expansion of regional fiber broadband projects.

In a presentation to congress on MTC's goals for 2023, minister Tineo cited bringing internet access to 3,994 locations, implementing 104 digital access centers, and enabling the deployment of 5,000 radio base stations, among others.

The Peruvian Internet company expands its product portfolio with the commercial agreement signed with DIRECTV.

The LatAm countries where 5G phones are making big inroads

Want to read more information about The woes of Peru's fiber backbone and Rednace connectivity projects?