An asset manager putting the investment focus on ESG 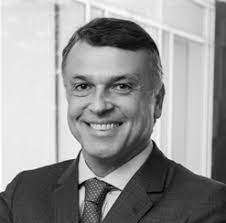 Brazilian asset manager Vinci Partners plans to increase its investments in sectors that are closely connected to ESG aspects.

As part of the initiative, the company is eyeing more investments in renewable energy, sanitation and transportation.

BNamericas interviewed José Guilherme Souza, partner and head of the infrastructure area at Vinci Partners, about the company's plans and the outlook for infrastructure developments in Brazil in 2023.

BNamericas: What are the sectors that Vinci Partners sees as more attractive, generating more value?

Souza: We have more obvious sectors and less obvious segments.

The most obvious are the sectors linked to electricity, including generation, distribution and energy transmission projects.

In addition, we have a very positive view of everything related to the generation of renewable energy, to topics that are linked to the energy transition, which also include the development of batteries and the chains that will be formed for green hydrogen projects.

In Brazil, there are very important advantages for the continued development of renewable energies in general.

BNamericas: Besides energy, which segments are attracting interest?

Souza: We are very positive about the water and sanitation sector. We still have historical problems to resolve in terms of sanitation coverage across Brazil, but the new regulatory framework has greatly improved the business environment and made this segment conducive to private sector investment.

I also see the transport sector as positive. The government's move to privatize port authorities is a very important signal. In the area of highways, I also see a positive scenario, since there are still a series of highway [concessions] to be offered.

BNamericas: Regarding the sanitation sector, recently Vinci Partners bought a stake in Efficopar, which provides services to the sanitation industry. What does that say about your strategy in the area of sanitation?

Souza: We bought a stake in Efficopar through our Vinci Impacto e Retorno IV fund. This fund invests specifically in assets with ESG appeal. We also have funds where we invest directly in sanitation concessions.

At Vinci we have a broad solution related to the sector, where we are open to making investments in concessions and also in the supply chain.

We won’t be investing in the value chain of polluting sectors, but rather, you’ll see us investing in sectors that have a positive impact on climate issues, all ESG aspects.

BNamericas: What is the investment position of Vinci Partners in the infrastructure sector currently?

Souza: Currently we have 3bn reais [US$558mn] of investments in infrastructure assets. This amount already includes the fund that we’re managing for the regional development ministry [MDR]. Recently [development bank] BNDES also selected us to manage a fund. With that, I believe that by the end of next year we’ll have around 5bn reais of resources invested in the infrastructure area in general.

BNamericas: Regarding the selection of Vinci Partners by MDR to manage a fund, how will that work?

Souza: The MDR carried out a selection process to choose the administrator of a fund and we were selected to help in the structuring of concessions and PPPs.

This fund has some goals. One of these objectives is to encourage the structuring of new projects, especially in economically disadvantaged areas, such as small municipalities.

The idea is to structure projects in the segments of streetlighting, water and sewage, solid waste, highways and social infrastructure. The target is to develop good projects and bring investments to improve the lives of the population.

Another objective of the fund is to attract banks and guarantee instruments in PPPs.

And the third objective is to bring more participants, banks, investors to invest in the fund, attracting more capital to infrastructure projects.

BNamericas: What can we expect for the infrastructure area in Brazil in 2023, considering that in October we will have presidential elections?

Souza: Speaking personally and not on behalf of my company, I believe that the orientation towards attracting private capital to infrastructure assets will continue. That's because budget constraints are likely to be huge next year and that will make private capital very necessary.

Perhaps what we could see is a change in the speed of progress of some projects, concessions, but I don't see a change in direction.

BNamericas: How does the environment of high interest rates in Brazil and in the world affect the perception of investors regarding infrastructure assets?

Souza: The technical and operational attractiveness of the assets continues. What changes is the financial equation. In the project structuring phase, naturally the interest rate variable enters the calculation and this causes price variation, since the financing becomes more expensive. This is taken into account in the proposal formulation phase.

Auction will be held in January; initiative should attract at least R$3.4 billion in private investment.

Sections of the Lot called Varginha – Furnas are part of a package of approximately 3,000 km of road concessions in Minas Gerais.

Want to read more information about An asset manager putting the investment focus on ESG?