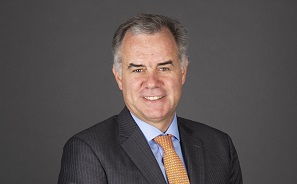 On Sunday, Chileans voted overwhelmingly to reject their draft constitution. The outcome closed the door on sweeping changes and reduced investor uncertainty.

Although levels are still elevated, uncertainty should tick down as it becomes clearer what mechanism will be used to advance a fresh drafting process. Indeed, congress must decide on the road forward as appetite for constitutional reform remains strong in the country.

To explore the takeaways and how foreign investors will view the results, BNamericas conducted an email interview with Paulo Larraín, founding partner of Chilean law firm NLD and an M&A transaction specialist.

BNamericas: Chileans categorically rejected a new constitution in Sunday's plebiscite. What are the main takeaways from this result?

Larraín: The main conclusion for me from the result of Sunday’s plebiscite, is that the majority of Chile wants a new constitution that allows it to address the great challenges that it faces as a country, with stability and unity. In this sense, I believe that the vast majority of Chileans who rejected the draft constitution did so because it put our unity as a country and our democratic stability at risk. The result indicated that a roadmap with more dialogue is sought.

BNamericas: How do you think foreign investors will react to this result?

During the past decades, Chile has been a very stable and attractive country for foreign investors, but we’re an emerging market.

Foreign investors, in general, know how to weigh risk very well when investing. They will certainly view the result of the plebiscite very favorably since it’s a strong sign of political stability in our country. Although foreign investors know that Chile has faced a difficult process during the last two years, they also perceive that, ultimately, the country will emerge much stronger. In this sense, the result of the plebiscite indicates that the changes will in no case be as dramatic as they were perceived if the draft constitution that was rejected on Sunday had been approved.

BNamericas: In the legal and business world, is there a general consensus on the level of post-plebiscite uncertainty and/or what the prospects would be?

Larraín: There’s some uncertainty since the way to continue the process of approving a new constitution has not yet been decided, but that uncertainty will gradually ease as it’s being established how it will happen, in the coming weeks or months.

Likewise, it became clear during the last constitutional process that it’s necessary to give greater consideration to the business world, which drives the economy. It seems that the message heard was that, if businesses are stopped, if excessive institutional or regulatory obstacles are placed on them, if the current legislative initiatives do not consider that entrepreneurs and businessmen are a necessary engine, there will be no growth or investment. Therefore, the social goals that are essential will not be achieved either.

BNamericas: What are the main challenges now for Chile, for example, in economic, institutional, legal terms?

Larraín: In institutional terms, the challenge is to promptly have a new constitution approved by a large majority. In economic terms, the challenge is to return to the path of progress and growth to solve the problems that Chileans face, such as food, housing, good and efficient healthcare, more education and training to improve employment and increase productivity, and adequate pensions.

It’s a necessary social agenda, which will be difficult to fulfill without the correct framework. In legal terms, then, the challenge is to be able to generate the necessary incentives and regulatory safeguards so that freedom to do business, the progress and growth that’s generated, allow us to address the aforementioned social agenda. It will be very important to see how the government of President Boric reacts to the result of the plebiscite regarding the tax reform promoted by his government and the reform of the pension system, since these strongly affect the capital market and investment.

Chile also needs to encourage and invest in research and development, promote the development of cutting-edge industries such as renewable energy and green hydrogen, lithium, for example, that is, those in which we have comparative advantages over other places – for now.

The country certainly faces challenges, but at the same time, it offers multiple business opportunities, both in innovative and more traditional industries, to those who know how to take them.

Let us also remember that it’s not just about Chile: the global scenario is complex. There are tremendous climate challenges, new forms of energy are being developed, technology is ushering in the metaverse and the use of artificial intelligence, the changes are accelerating and permanent. That’s to say, many paradigms have already seen major changes.

Anglo American, Capstone Copper, Sierra Gorda and Sonami described what they see as the risks of the government's royalty bill prior to a vote in t...

Trans-Pacific Partnership has become 'an ideological issue for no reason'

General confidence in Chilean institutions is increasing, but it still shows how much progress remains to be made

Want to read more information about An M&A lawyer’s view on Chile’s constitutional vote, the road ahead?