Green hydrogen: ‘What we need longer term is thousands of GWs of electrolysis capacity’ 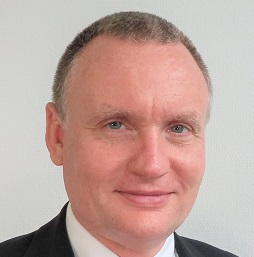 Rapid rises in fuel prices last year and amid the Russia-Ukraine crisis have brought the potential of alternatives, such as hydrogen, into sharp relief.

Green hydrogen, associated products and electricity generated from renewable energy sources together not only support the energy transition but can also reduce reliance of countries on fossil fuels in areas including power generation, transport and manufacturing.

The issue, given the leverage that some energy exporters have over other nations, and the climate crisis the world is facing, is more pertinent today than ever before.

The world is steadily advancing along the clean hydrogen highway – and Latin American nations are among those in the vanguard – but there is a fair distance to travel. For green hydrogen, produced using electricity and water, a key part of the puzzle is ramping up electrolyzer production. Blue hydrogen is produced from natural gas, employing carbon capture and storage technology.

To discuss hydrogen and the state of play, along with the economics of clean hydrogen production, BNamericas spoke with Dolf Gielen, director of international renewable energy agency IRENA’s innovation and technology center.

Gielen oversees the agency’s work on advising member countries in the areas of technology status and roadmaps, energy planning, costs and markets, and innovation policy frameworks.

Gielen was involved in the production of the recent IRENA report Geopolitics of the Energy Transition: The Hydrogen Factor.

BNamericas: The report says the hydrogen business will be more competitive but less lucrative than oil and gas. Can you please provide a little more color on this?

Gielen: If you look at today’s cost of, let’s say, clean hydrogen [green and blue], it’s a quite high cost and that cost will come down. But even the most optimistic cost projection I have seen is around US$1/kg.

We’re talking about a clean energy carrier that in the future, at the very best, the production costs may be roughly equal to today’s natural gas price.

With hydrogen, there’s not this huge margin that there is with gas supply at the moment.

The expectation is that in favorable locations, such as Chile, [green hydrogen] costs will come down very fast.

In our long-term scenarios, we have around two-thirds green and one-third blue in the supply mix.

BNamericas: In terms of green hydrogen prices coming down, what timeframes are we looking at?

Gielen: There were recent statements from [original equipment manufacturers] OEMs which said that, in the next five years, it would come down to around US$1.5/kg. All of these statements have to be seen in the light of what renewable electricity prices we’re talking about exactly – which is very site-specific. So, for sure you need renewable electricity at US$0.01-0.02/kWh to get to these prices.

BNamericas: What’s the general state of play regarding green hydrogen growth? Where do things stand?

Gielen: Today, I would say that around 1% of all hydrogen that is produced worldwide is green, but the bulk of it is hydrogen by-product from chlorine production.

If you look at dedicated hydrogen electrolyzers, there is less than 1GW in operation today, which is not much.

That’s still not enough. What we need, longer term, is thousands  of GW of electrolysis capacity to make a meaningful impact overall.

So, to give you an idea, if we have a scenario of 8% of all final energy use worldwide being green hydrogen in 2050 – that is around 400 million tonnes a year [Mt/y]. To produce that, you need at least 5,000GW of electrolyzer capacity and that needs to be combined with at least the same, or maybe double, of renewable electricity capacity.

And to put that into perspective, today, all renewable electricity capacity, in place, worldwide, is 3,000GW.

So, we’re talking three times today’s renewable electricity capacity just to produce green hydrogen, so it gives you an idea of the magnitude of the challenge.

BNamericas: Do think this demand will come?

Gielen: That’s already happening. The market segment that’s moving fastest right now is the production of green ammonia. You use green hydrogen and process that to make ammonia. Today’s ammonia production worldwide is around 200Mt/y.

Apart from that, you see interesting developments, for example, in green iron production – direct reduced iron. So, there are around 20 pilot projects worldwide and that is potentially also a very large market.

We expect the bulk of this production [of pellets and hot briquetted iron, which can be readily shipped] will take place close to the iron mining sites. For example, in Australia there is a lot of interest in this. I know [Brazilian iron ore giant] Vale has also looked at this.

BNamericas: What’s driving this nascent green market globally? Is it state policy, the private sector or a combination of the two?

Gielen: For the time being, this hydrogen is still a relatively expensive fuel, so you need either a price incentive, such as a CO2 price, as we have in Europe right now, of 100 euros per [metric] ton of CO2, or you need to have a customer who really wants these green credentials.

You also see this now, for example, in the mining sector, which of course is particularly relevant for your region. The consumers of these metals, say ‘I want green metals’. And so copper miners, lithium miners, etc, are looking at what they can do. Hydrogen is one of the solutions you could apply for these haulage trucks and also for some of the processes.

BNamericas: In terms of the energy transition, which country in Latin America is the most advanced, would you say?

Gielen: The country in the region that is the most advanced in this is Uruguay. It started from a strong hydropower base, added a lot of wind and the country is now saying, ‘ok, as the next step were going to electrify the transport sector’.

We also see, over the longer term, a role for hydrogen in this.

Gielen: With ammonia, the logistics are far easier [than with green hydrogen]. Today, the main market for ammonia is ammonia fertilizer, accounting for around 80% of all ammonia that is used. That would probably be the first market. There is quite a lot of attention on ammonia as a shipping fuel, but that is just starting. That market needs to grow.

But you can also think of other products. There is increasing attention, for example, on synthetic aviation fuels produced from hydrogen and CO2.

In our opinion, we see long term, because of the challenges in transporting liquid hydrogen, we think we will see more and more transport of hydrogen-based commodities, such as ammonia, such as iron, such as synthetic aviation fuel.

BNamericas: When do you think this will all really start to take off?

Gielen: Looking at the expansion of electrolyzer manufacturing capacity in the coming years, we’re moving from a few 100MW per year to the 10s of GWs a year, which is already a significant expansion. I gave the example of what is happening in green ammonia.

A lot of this is just a start. If we really want to stay in line with this 1.5 degrees [global warming] pathway, we need a very significant decarbonization by 2030. There is a huge transition needed in the coming years.

BNamericas: What impact could the spike in natural gas and liquid fuel prices, and tensions in Europe, have on hydrogen sector growth? Could this spur development?

Gielen: An immediate effect is on the thinking of whether we should go green or blue – the argument was always, ‘oh, blue is much cheaper’. But at today’s natural gas prices in Europe, that’s not true anymore. That is one effect.

The other effect is that it will certainly also spur more attention on building-efficiency retrofits. On the power generation side, high gas prices mean more attention on renewables. Renewable projects are, economically, very attractive at the moment.

Overall, I think, of course we need a lot of clean hydrogen going forward, especially green hydrogen. But especially on this commodity side, how important hydrogen will be, purely as an energy carrier longer term, is still to be seen.

We’re going to need all the green hydrogen we can get.

BNamericas: Any words on Latin America?

Gielen: In the Chile context, fertilizer production is important. Ammonia can play a role in that.

I haven’t mentioned methanol yet [Chile has a pilot methanol and synthetic gasoline project underway, Haru Oni], which is an interesting fuel but is also a building block for green chemicals.

Latin America, South America, has enormous renewable energy potential. That can be the basis of a hydrogen industry.

BNamericas: In terms of renewable energy trends in Latin America, are you seeing any?

Gielen: Worldwide, including South America, what we see is that interest in solar continues to increase very rapidly because it offers prospects of very low-cost renewable electricity.

BNamericas: Finally, there is talk in Europe of implementing a carbon border tax. Could this, indirectly, spur development of renewables projects in Latin America?

Gielen: It’s still early days. The exact formulation of all this is not yet entirely clear. If there is such a mechanism, and on top of that there is a sufficiently high carbon price in Europe – if that’s the receiving country/region – I could imagine that it increasingly plays a role going forward. And, of course, there is a very strong economic case today, anyway, to move in that direction. I think the market will go that way in any case.

BNamericas talks to the CEO of the Canadian gold miner, Rodrigo Barbosa, who provides details on the M&A strategy and more.

Want to read more information about Green hydrogen: ‘What we need longer term is thousands of GWs of electrolysis capacity’?