In AMLO's government, infrastructure will be multi-sectoral 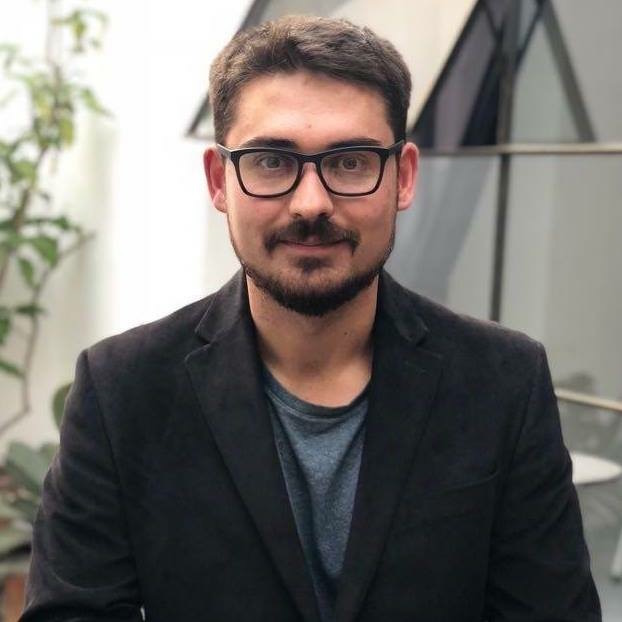 Infrastructure development in Mexico's future government will operate under a multi-sectoral vision, where urban development and territorial planning will be transversal axes.

This is according to Román Meyer, agrarian, territorial and urban development minister once AMLO assumes the presidency on December 1.

BNamericas spoke with Meyer, who is also one of the youngest members of the future cabinet, to learn more about the role his ministry (Sedatu) will play in public infrastructure.

BNamericas: How should the intersection between urban development and public infrastructure projects work in Mexico?

Meyer: The general law of human settlements, territorial ordering and urban development, which was enacted a couple of years ago, establishes that Sedatu [the ministry] has the obligation and the rights to establish mechanisms of participation and collaboration with different ministries and government levels so that any expenditure on infrastructure includes urban development as a central element. The national urban system concentrates around 80% of the population in Mexico, so any infrastructure that is there developed must consider the urban impact.

BNamericas: In what way will Sedatu be involved in the development of public infrastructure in the next administration?

Meyer: There are two central projects in this regard that Sedatu will be tasked with developing. One is the national reconstruction program, which involves carrying out all the reconstruction of the areas affected by the two earthquakes of September last year, which were not carried out by the current administrarion in a timely manner. What this program involves is not only to rebuild the houses that were affected but also the damaged infrastructure, such as schools, health facilities,  and communications and transportation, potable water and sewage, and electric power infrastructure. In important urban areas such as the metropolitan area of the Mexico valley, we have more accurate information on the damage and today many of these problems have already been addressed. However, in areas of Chiapas, Oaxaca, Puebla, and Edomex, certain communities were not adequately assisted.

On the other hand, we have the program of attention to communities, where we have detected 15 urban areas lacking equipment and infrastructure services. This comprehensive program seeks to determine housing, public space, equipment, and services needs. We will coordinate actions with other entities including the education, labor, and economics ministires, to attend to those needs.

This ministry does not have a very large budget compared to others in the administration, but we'll maintain a good dialogue with the other future members of the cabinet. Our goal is that megaprojects such as the Maya train, the trans-isthmus corridor, the final decision on the new airport in Mexico City, incorporate aspects of urban development. The ministry expects to be always present as a technical coaching and advising body to these other instances.

BNamericas: Were you involved in the new airport's technical reports? Will these be included in the public debates that are planned to take place until October?

Meyer: We will be participating in the meetings that take place based on the technical analysis [presented by AMLO on August 17]. We have already participated in two meetings about the urban impact that the airport has in the vicinity of the works. We have listened to environmental groups and residents of Texcoco, who have an opinion about the negative aspects of the airport. We are in the process of listening to all the parties and collaborating with what the communications and transportation ministry requires from us.

BNamericas:  Will you get involved in the Maya train?

Meyer: Yes, we will approach the communities, especially those that live in communal lands, in order to get them involved in the project. In addition, in those sections directly affecting urban areas, such as those cities where a station will be built, we will work with the state and municipal governments to help them update their urban development plans, and shape the regional development program of the country's southern region. We will provide technical support to those municipalities so they can equip themselves with services and infrastructures that help them face the urban impact they will experience with the construction of the stations and the number of visitors they will receive when the train starts operations. This is to ensure that there will not be a negative impact in terms of the environment and that the provision of services does not increase urban sprawl, without measures of containment and urban planning.

BNamericas: Have you already participated in the preliminary project for the train?

Meyer: We work continuously with the team that is carrying out the project, which forms part of the future tourism ministry. We are in constant communication and we hold weekly work sessions with them. The ministry must be present in such projects, so that our observations on how the project is being developed and its impact on urban centers are taken into account.

BNamericas: Could you give some details on the progress of the train?

Meyer: There is still no precise information about where the stations will be located. I think it is a matter of agreement and negotiation with local actors, and with the different leves of government, and especially with regard to the rights of way that cross communal lands. It will be necessary to carry out an adequate follow-up and negotiation process with these communities with the objective, as stated by the president-elect, of always including them to the project.

BNamericas: Is there room for private sector participation in urban development from the point of view of the future Sedatu?

Meyer: Of course. I think the private sector is an important element which we should see as an ally. We could not think of an urban development policy or a national housing policy without considering developers as a a central element. We have held different meetings over the last months with different actors and unions from the private sector, from which we have obtained a good response.

BNamericas: What are your expectations about how urban development and infrastructure will be integrated during the next government?

Meyer: I think that those people who will form part of the next administration are more aware that any intervention or action carried out on the territory has a substantive impact on local populations and that we cannot develop large communications and transport infrastructure works, such as ports and airports, without considering that they will have an impact on the vicinity of the place they will be built.

Sedatu, as stipulated by law, will carry out coordination actions and will try tro convince other entities about the benefits of carrying out adequate urban planning in infrastructure projects, considering how these will impact the region where they are built.

Will works on the US$2.5bn Mexico-Querétaro rail link start on time?

Financial strength and stability in operating flows of Grupo EPM are highligh...

Want to read more information about In AMLO's government, infrastructure will be multi-sectoral ?