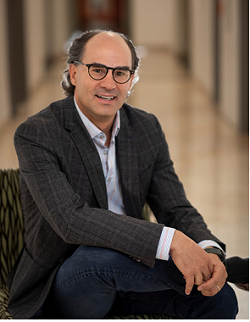 Despite the expectations that the prices of various minerals, especially coal, will remain stable next year, the Colombian mining industry views with concern the effects that the recently approved tax reform and other legal modifications that President Gustavo Petro plans could have.

BNamericas spoke with the president of Colombian mining association ACM, Juan Camilo Nariño, about the outlook for the industry in 2023, and the concerns the sector has.

Nariño says the recently approved tax reform has a big impact for coal and nickel and could even affect investment decisions in strategic minerals that Colombia and the world need to comply with climate change agreements.

"These investment decisions will tend to go to countries where royalties are tax deductible," he said.

BNamericas: Which mining projects have the best prospects in 2023?

Nariño: I think we have to think about 2023 and 2024. There could be progress in the presentation of environmental licenses, particularly in copper, it could be Quebradona, Mocoa and Alacrán.

All three have prospects of initiating licensing for strategic minerals for the world, in which Colombia has great potential.

BNamericas: What are the investment prospects for 2023 in the mining sector?

Nariño: You have to put it in the context of this year, which has been one of very good prices, and the production of coal, nickel and gold have been staying the same as in the previous year: coal around 65Mt and gold 2.5Moz.

For next year, prices are expected to be maintained, particularly for coal, but there arises a great unknown regarding the balance that should exist between prices and the approved tax reform.

BNamericas: How does the tax reform affect the mining industry in general?

Nariño: It affects it in different ways. The reform imposed two measures on the mining sector, one of which has a general impact and another that only impacts thermal coal.

The first means that royalties are not deductible because they’re not considered a cost, which impacts all mining in the country, and depending on the percentage of royalties, which is different for each mineral, the impact is greater or less for each mining company.

The reform has a big impact for coal and nickel, but not so much for construction materials, emeralds or copper.

If the non-deductibility of royalties is considered, it is seen that in times of high prices, coal could be subject to income tax of around 55%.

Nariño: It can affect investment decisions in strategic minerals that Colombia and the world need to comply with climate change agreements.

These investment decisions will tend to go to countries where royalties are tax deductible. In this consideration there are different factors: geographical location, acceptance of the mining project in the region in which it is located and other variables that must be considered, but if only tax matters are considered, with this reform for those future projects, Colombia is a less attractive country.

BNamericas: Could exploration also be affected?

Nariño: It must be taken into account that of every 100 exploration projects, one becomes a mine and an average of 14 years pass for this to happen, and in these projects, financial, social and economic analyses must be carried out.

I would think that the exploration dynamics follow different parameters than a tax reform.

BNamericas: So the biggest effects could be seen in producing mines?

Nariño: Especially in maintaining the investment. I particularly think this will have a major effect on coal mines.

The measure of the additional impacts on income does not impact metallurgical coal but it does impact thermal coal, since they involve large production that requires large annual investments to maintain or increase output.

The impact of the reform will be seen in companies, but also in employment, in regional, municipal and even family economic dynamics.

BNamericas: How can the reforms planned by the government to the environmental code influence the mining sector?

Nariño: There may be a profound effect, that is why I’m calling for the reforms to consider the need that a greener world has for these minerals.

If these reforms advance and make future projects unfeasible, not only is the social stability of many municipalities and future opportunities being compromised, but also the role that Colombia can play in supplying the minerals that a greener world needs and are required to meet environmental commitments.

BNamericas: What are the main risks that are envisioned for the mining sector?

Nariño: Any reform to the mining code, any labor reform, any pension reform generates risks of all kinds, not only for the mining sector but for the private sector in general.

These regulatory modifications, in a congress where left-wing parties have majorities, represent risks when all the necessary balances and the need for business and mining development are not taken into account.

BNamericas takes a look at the forecasts for Latin America and the Caribbean in the IMF's latest World Economic Outlook report.

Petro and petroleum: What's next for Colombia's oil and gas sector?

Colombia to proceed with fracking ban

WEBINAR: The future of Colombia

Want to read more information about 'Investment decisions will tend to go to countries where royalties are tax deductible'?