Rousseff's 'pedaladas fiscais' and how it affects infra investments 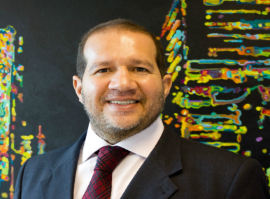 Brazil's senate this week started debating the impeachment of suspended president Dilma Rousseff in relation to the pedaladas fiscais which, depending on how one looks at it, could involve up to 33bn reais (US$9.2bn). What did this "creative accounting" entail? Was it a crime? How is it affecting infrastructure projects?

These are some of the questions BNamericas discussed with local attorney and former government official Rogerio Emilio Andrade who specializes in, among other things, government regulation and infrastructure projects in Brazil.

BNamericas: President Dilma Rousseff is on the brink of impeachment due to the pedaladas fiscais or the so-called creative accounting. What happened?

Andrade: Federal banks such as Caixa Econômica Federal [Caixa][ and Banco do Brasil [BB] paid for social programs such as family assistance plan Bolsa Familia without the federal government reimbursing the financial institutions before the end of the fiscal year.

Instead, the banks permitted this so-called "credit line" to run into the following year. This action taken by the president is what we're calling pedaladas fiscais.

BNamericas: Impeachment, which is currently being debated in the senate, hinges on whether or not President Rousseff committed a fiscal crime. Was such a crime actually committed?

Andrade: Technically, specialists in the area look at the situation from two points of view.

Those pushing for the impeachment believe that when a federal bank makes a payment to cover a federal government obligation, it is considered a credit operation. When this type of credit is granted without senate approval and does not fall within the federal government's stipulated budget, it is a fiscal crime.

On the other hand, some believe that what happened was a simple omission to transfer funds. In other words, the federal government just took a while to pay off the banks.

BNamericas: Despite the difference of opinion, national lawyers' association OAB sees it as a crime. Doesn't that hold weight?

Andrade: Well, despite OAB taking this position, it still doesn't reflect the understanding of many lawyers who specialize in financial law.

To me, the impeachment proceedings are motivated by political reasons riding on the current dissatisfaction with the federal government. People are discontent with the president due to the economic crisis, the president's refusal to compromise, and the way policies are being carried out.

Personally, I don't see the creative accounting as a credit operation and, in turn, don't see it as a fiscal crime.

BNamericas: How does the whole situation affect infrastructure investments such as those for transportation, logistics, energy and urbanization works?

Andrade: Regardless of whether you view the creative accounting as a crime or just see it as an irregularity such as I do, the federal government did spend more than what was budgeted. As such, it needed to pay off its debt as stipulated by the federal audit court [TCU].

As the president didn't want to cut funding for social programs, she chose to reduce spending in other areas such as infrastructure projects under the country's multi-billion dollar growth acceleration plan PAC.

BNamericas: According to attorney general José Eduardo Cardozo, the impeachment would actually hinder investments quite a bit. Do you agree?

Andrade: I somewhat agree as presenting a stable and predictable government is key when it comes to institutional relations. Can we really guarantee investor security amidst the process of removing a president?

Confidence, however, can be assured in the long run as Brazil has always managed to overcome its problems. Although we have experienced major crises in the past, we have also achieved amazing recoveries.

Mário Braga, senior analyst for Brazil at Control Risks, spoke with BNamericas about the signs that Lula is giving about his government with the pe...

Want to read more information about Rousseff's 'pedaladas fiscais' and how it affects infra investments ?