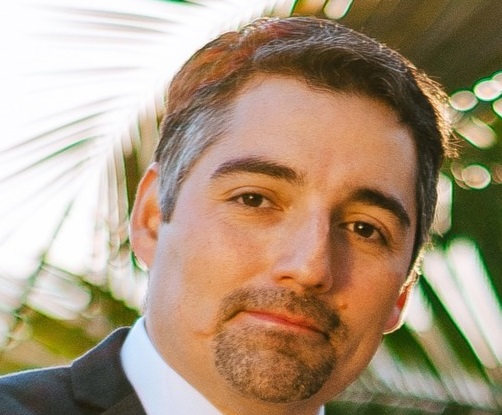 Chilean capital Santiago is the Latin American leader in terms of deployment of electric buses and also the No. 2 player on the global stage.

The number of electric-powered units circulating the city is due to double next year, as other parts of the country – and key sector mining – also advance along the electromobility path.

Such moves, given the fact transport accounts for around a third of energy consumption and around a quarter of the country’s CO2 emissions – will help support work to achieve carbon neutrality by 2050.

To find out more, BNamericas conducted an email interview with Luis Gutiérrez, an academic in the faculty of engineering and science at Universidad Adolfo Ibáñez (UAI), where he is also director of the civil engineering (energy) degree program. Holding a PhD in electrical engineering from Manchester University in the UK, Gutiérrez is also a researcher at Chile’s Solar Energy Research Center and at UAI’s energy transition and knowledge-transfer hub Centra.

BNamericas: In 2023, Chile will have around 1,900 electric buses. What has been Chile’s formula, that is, what are the central pillars of the country's strategy in the area of electromobility?

Gutiérrez: In Chile, more than a third of energy consumption corresponds to the transport sector, which is based almost entirely on fossil fuels, which means that this sector is responsible for a quarter of all CO2 emissions in the country.

With a clear diagnosis, Chile launched its national electromobility strategy in 2017 where the electrification of public transport – mainly buses – was key. This strategy was updated in 2021 with more ambitious goals, such as all new additions to urban public transport being zero emissions by 2035, as well as sales of light vehicles.

To reach the goal, the strategy proposes work in different spheres, such as financing and incentives for the acquisition of this type of vehicle, expanding charging infrastructure – electric terminals in the case of buses – skills development and knowledge transfer.

Specifically, a factor that has driven growth of the electric bus fleet so far is a minimum quota for this type of bus in tenders involving urban transport companies and recognition of companies that propose a high percentage. For example, in the last tender – launched at the end of 2020 and award decisions made in early 2022 – the operating contracts could be between five and seven years depending on the percentage of electric buses in the fleet, and could be extended by between five and seven more years.

Proposals with more than 50% electric buses could secure seven years. The result was the entry of 1,637 new buses, of which 991 are electric (60%). With this, Santiago now has 1,770 electric buses, consolidating its position as the city with the largest fleet of this type in Latin America and one of the most important in the world, reaching more than a quarter of all urban buses in the metropolitan region.

It is also important to highlight the existence of public-private agreements. In the Chilean case, electric buses began a little over four years ago thanks to an agreement between the ministry of transport, bus operator Metbus, the Chinese bus manufacturer BYD and [power generator Enel’s energy transition solutions unit] Enel X, which managed the entire project.

BNamericas: What are the prospects for the years to come? For example, are we going to see tenders that are increasingly strict regarding the quota for electric vehicles?

Gutiérrez: As I mentioned recently, quotas of 50% of electric buses are already being promoted in tenders and it would be expected that this quota will go up.

In any case, for vehicles that travel many kilometers a year – such as urban buses that can travel an average of 90,000km a year in Santiago – the electric alternative may already be more attractive within a timeframe of a few years and also considering how the price of diesel has climbed.

Although the investment cost is up to 50% higher compared to an equivalent diesel bus – around 320mn pesos [about US$350,000] for an electric unit – the operating costs are much lower, about 70% lower.

Indeed, there are primary energy savings, where a kilometer traveled using electricity costs less than a quarter of what it does using diesel, about 70 pesos and more than 300 pesos, respectively.

There are lower maintenance costs because of the fewer moving parts. Electric units do not use oil and they have regenerative braking which also saves on brakes. In short, electric buses can have a lower total cost of ownership. So, even without the need to require higher quotas for electric buses in future tenders, it is expected that this will be the natural option based on its greater attractiveness.

BNamericas: What are the challenges for electromobility?

Gutiérrez: For public transport, and for intensive use vehicles, the electric alternative is already more attractive in many cases, when considering the total cost of investment plus operation and maintenance – the total cost of ownership.

For light vehicles, on the other hand, the high investment cost – often double that of the internal combustion equivalent – cannot be compensated by the lower costs of its use, so in countries where they have been adopted more forcefully, it’s normally due to government support aimed at lowering acquisition costs. In Chile, under the recently approved energy storage and electromobility bill, owners are exempt from paying road tax for two years and the rate is reduced until the eighth year. Its effect on the purchase of these vehicles remains to be seen.

Another important challenge is to have the necessary infrastructure, and this doesn’t refer only to charging points in places accessible to the public, but also to the adaptation that electrical distribution networks, which were not designed for this level of demand, may require.

There is also a need to standardize the types of connectors on vehicles and charging points, and for interoperability and secure IT systems to make payments.

Finally, for electromobility to decontaminate, the energy source must be renewable, which implies another set of challenges in the operation of the electrical system.

BNamericas: If Chile's goal is to have a 100% electric fleet, are there any estimates regarding when this could happen?

Under these considerations, I believe that the goal of a 100% electric fleet is achievable perhaps in less than a decade, when contracts with bus operators that include diesel vehicles will have to come to an end. The biggest challenge will come from electrifying bus fleets in regions [outside Santiago].

BNamericas: What is the current situation regarding Chile’s regions and electric buses?

Gutiérrez: Although Santiago constitutes a world benchmark, after China in the adoption of electric buses, this reality is very different in regions. So far there are no tendered electric bus services operating outside the capital.

However, the electromobility strategy seeks to integrate the regions and there are currently projects in different stages of progress to bring this technology to cities such as Arica, Antofagasta, Copiapó, Coquimbo-La Serena, Valparaíso, Rancagua, Talca, Concepción, Temuco and Puerto Montt. Of these, Antofagasta would be the first, starting with 40 buses circulating in March 2023.

BNamericas: What opportunities is this transition creating?

Gutiérrez: The electrification of public transport brings with it several opportunities, from provision of skills training, new services related to cargo handling, new electrical terminal projects that create jobs, etc. It’s important to highlight the first point: we already have a significant number of electric buses, which will continue to rise, and we must have people prepared in different roles.

In directly related functions we have drivers and mechanics, but the technical and professional staff of electrical distribution companies – their own or contractors – must also be prepared due to the impact that electrical terminals have on the distribution network.

It should also be noted that transitioning to an electric transport system makes it possible to reduce environmental and noise pollution in cities.

BNamericas: In the field of electromobility, Chile is among the pioneers in the region. In the world, is there a city that Chile can emulate, that could serve as a model?

Gutiérrez: Chile has the largest fleet of electric buses in the world after China, although given the size of the country, much smaller, so that would be the reference country or cities in that country could be sought as an example. But unlike ours, its growth has been due to heavy subsidies from the State. For example, according to [charging solutions company] IES Synergy, the bus operator of the city of Shenzhen received, for nine years, about US$60,000 from the State for each electric bus purchased. In 2017 the bus fleet in the city was 100% electric.

Grupo CRCC Chile was the only applicant for the construction of the new National Institute of Neurosurgery in Santiago.