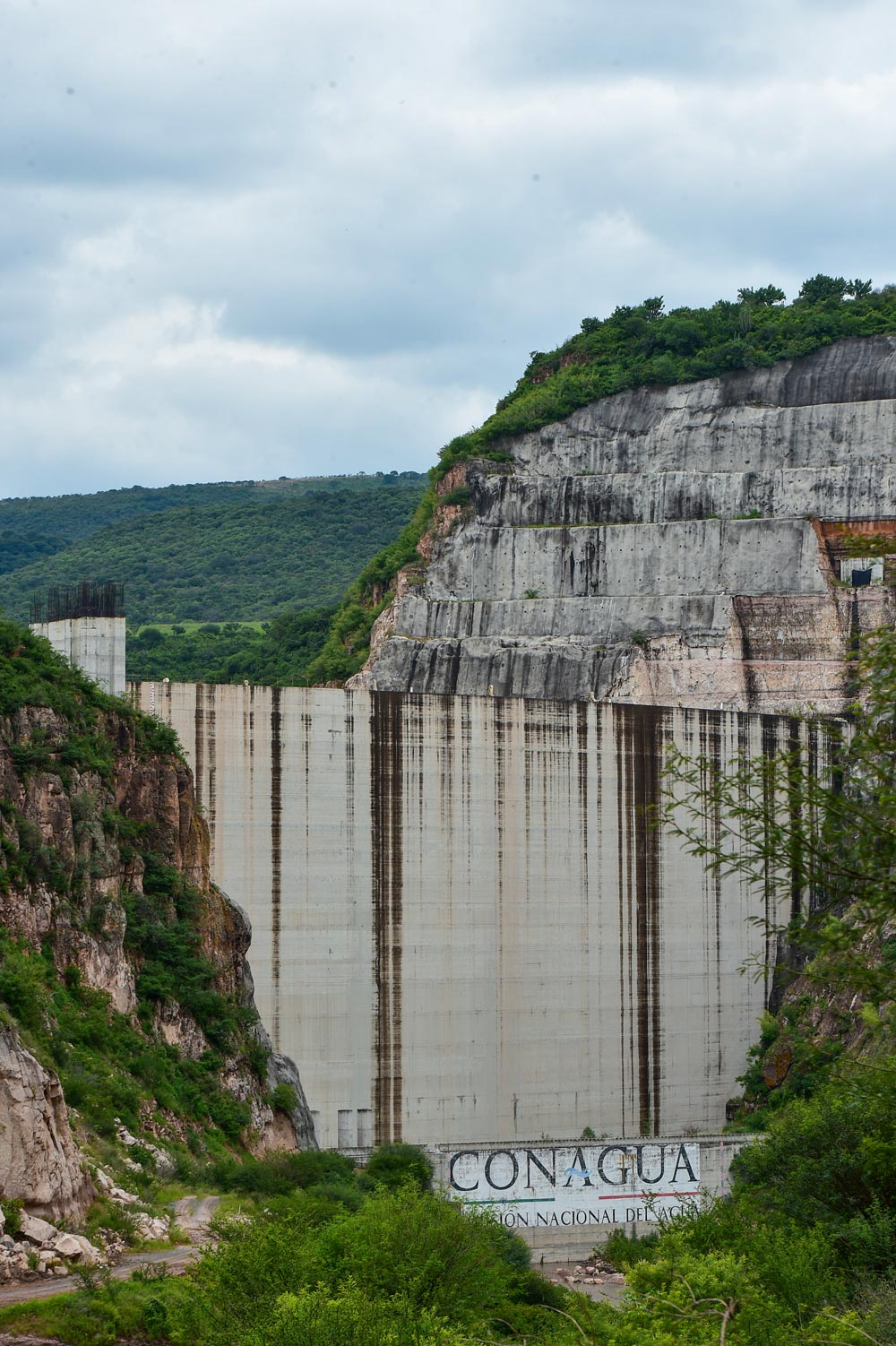 AMLO and locals who have blocked progress on El Zapotillo for over a decade reached an agreement on August 14, involving a new plan for the infrastructure.

And on Sunday, AMLO told local environmentalists, business owners and activists that the Agua Saludable program in the Comarca Lagunera area required consensus, which must be reached by October 3 and involve the retraction of legal measures filed by the locals.

If talks fail, work will not start, even though tenders were launched already.

The program involves works to deliver arsenic-free water to 1.6mn residents through six works such as a water treatment plant and a diversion dam.

AMLO said during his visit that the government will not move against the opposition groups, especially if they intended to continue their legal efforts.

He said he does not want to leave unfinished projects when his term ends in 2024.

The director of water authority Conagua, Germán Martínez Santoyo, said an injunction against the project has been filed while tender processes have just started.

The plaintiffs claim the project would harm the nucleus of the Fernández canyon, a protected area in the Lerdo and Cuencamé municipalities of Durango state.

But Conagua said the project would not negatively impact the nucleus because the dam and plant would be built on the edges of the San Jacinto canal, which has already been impacted by human activity, and the pipelines that will deliver water to the Comarca Lagunera area will be built under existing rights of way.

AMLO promised another visit before the deadline and to cancel the project if the injunctions were still in place.

The federal government launched the program in 2019 to supply clean water from the Nazas river instead of underground sources.

It involves an Indian type diversion dam, a pumping plant, 11.7km of pressure pipelines, a water treatment plant, 35km of gravity lines, trunk lines for each system and two regulation tanks for block water delivery to Durango and Coahuila, with capacity of 20,000m3 and 45,000m3, respectively.

Conagua aims to supply nine municipalities in both states with 200Mm3 by 2026, according to a presentation. 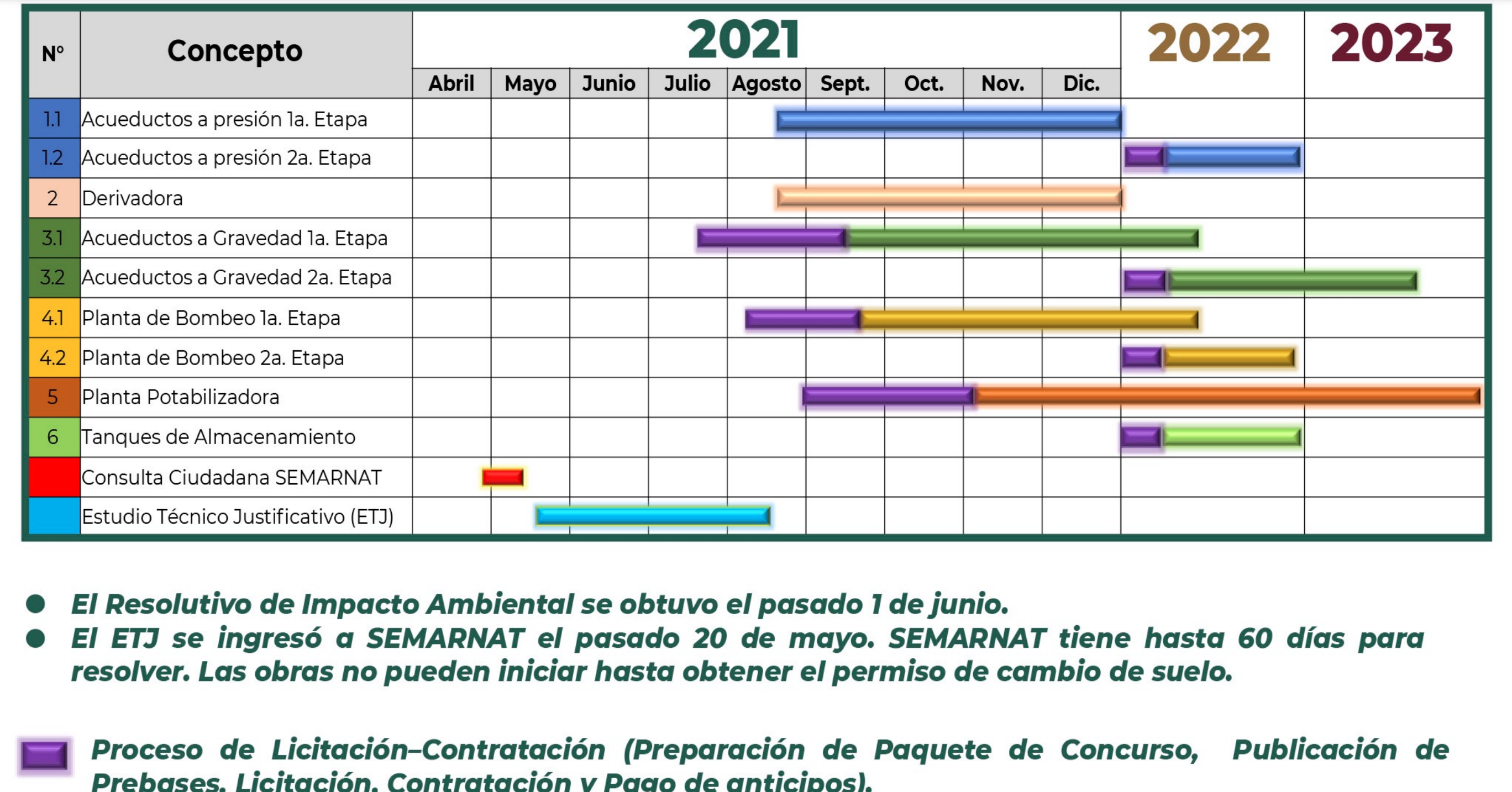 After a meeting with the dam’s main opponents in the Acasico, Palmarejo and Temacapulín communities, AMLO said the government had come up with a new strategy.

It involves project modifications and additional flood prevention measures, which was the main concern behind the opposition.

AMLO said Martínez Santoyo will present the flood prevention project and works needed to finish the dam next week.

The dam’s wall would remain at the 80m already built, and not reach 105m as originally planned, to guarantee the safety of the communities who refuse to leave their lands.

As a consequence, the dam, planned in 2011 and 100km from state capital Guadalajara on the Verde river, will only have enough water to supply the capital’s metropolitan area and Los Altos region, but not León city in Guanajuato state as originally planned.

That means a new plan will be needed for Guanajuato city, which was supposed to get 28% of the water from El Zapotillo dam.