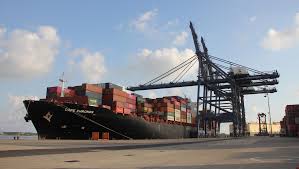 The Brazilian government will hold a public hearing on the planned 2.8bn-real (US$590mn) concession for Itajaí port in southern state Santa Catarina on April 7.

The move comes after the successful auction of a concession for Espírito Santo state port operator Codesa this week. The government, however, did not unveil a date for the Itajaí auction.

Itajaí is likely to generate even more interest than Codesa.

"Itajaí and Santos ports are the concessions that are likely to attract the strongest investor appetite given their expansion potential," Murillo Barbosa, president of the Brazilian association of private port terminals (ATP) and former director of waterways regulator Antaq, told BNamericas.

The government intends to award two other port concessions this year, one for Santos port authority and the other for São Sebastião port, both in São Paulo state.

Expecting higher investor interest, the government set a minimum fee of 603mn reais for the Itajaí concession. The minimum fee for Codesa was a token 1 real.

Itajaí is the country’s second largest container port and handles almost all the southern state's exports.

As Itajaí is used to export sugar, among other products, it could be of interest to commodities companies and financial investors.

"The concession will allow the future concessionaire to manage the port and operate containers, providing services directly to port users (shippers, exporters and importers). The planned investments to adapt the infrastructure amount to approximately 2.8bn reais, which should be made over the duration of the contract – 35 years, renewable up to a limit of 70 years," Antaq said in a statement.

BNamericas takes a look at some of the federal highways that could be put out to tender next year.

The company plans to almost double storage capacity at the terminal in northeast Brazil.