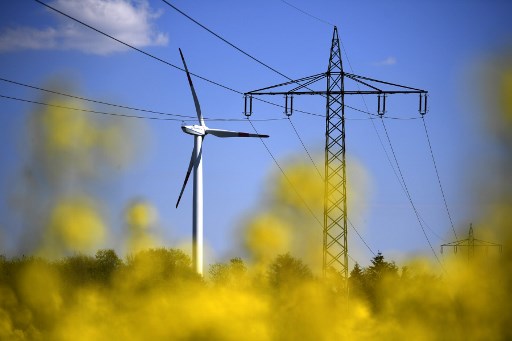 Brazilian mining and metals companies are upping their investments in clean energy amid growing demands from investors for firms in the sector to assume more ESG practices and reduce their fixed energy costs.

"In addition to the increasing demand for ESG practices, I see companies seeking to be self-sufficient in energy and renewable energy is the way. I believe that lots of companies that are electro-intensive, mainly steelmakers, will pursue this path," Pedro Galdi, metals and mining equity analyst at Mirae Asset Wealth Management, told BNamericas.

Energy self-sufficiency is gaining traction for companies at a time when inflation pressures have made cost control measures more urgent.

"The energy issue has always been one of the significant relevant factors in the so-called Brazil cost, and it's strategic [for companies] to gain autonomy and global competitiveness by acting directly in this vertical," Valdir Farias, executive director at mining consultancy Fioito, told BNamericas.

Domestic steelmaker Gerdau, one of the biggest producers of long steel in the Americas, has announced a plan to invest 1.5bn reais (US$278mn) in solar and wind energy projects.

The investments will be made through its subsidiary Gerdau Next, which acquired a 33.3% stake in Newave Energia. The transaction was carried out in partnership with the NW Capital fund, which will own 66.7% of the new company.

"The transaction represents an investment in the development of greenfield projects for electricity generation with a capacity of approximately 2.5GW, exclusively from solar or wind sources, with an expected start-up of generation in 2025 and 2026, in brownfield projects and in electric energy commercialization activities," the company said in a statement.

"The operation is aimed at generating greater competitiveness in the cost of the steel business and supplying clean energy for the company, and goes towards achieving the established carbon emission reduction targets for Gerdau," it added.

Earlier this month, Brazilian mining giant Vale also announced the start of operations of its Sol do Cerrado solar project, one of the largest solar farms in Latin America, with an installed capacity of 766MW, sufficient to meet the needs of 800,000 people.

The project will be ramping up to full capacity until July 2023 and it is projected to supply 16% of Vale's electricity needs in Brazil.

The company's investments in Sol do Cerrado project are estimated at 3bn reais.

"Sol do Cerrado is a unique project for Vale, which brings local development, renewable energy and is linked to our ambition to lead sustainable mining," said Vale CEO Eduardo Bartolomeo in a release.

The project is another step for Vale to meet its goal of reducing carbon emissions by 33% by 2030 and achieving net zero by 2050. Vale expects to supply 100% of its energy needs in Brazil with renewable power by 2025 and globally by 2030.