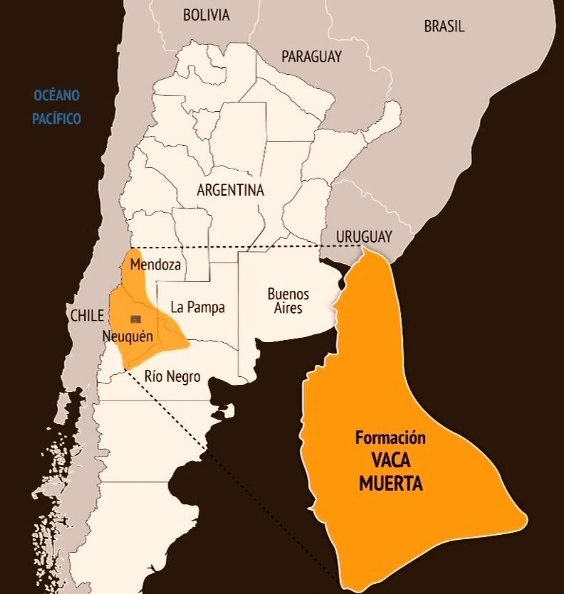 The first stretch of the Néstor Kirchner gas pipeline linking Neuquén province's Vaca Muerta with Buenos Aires province is expected to be completed by mid-2023. Last December, Argentina said it had secured financing of US$689mn from BNDES for a second stretch to Brazil.

But while the possibility of increasing Brazil's gas imports from Argentina is positive, specific concerns should be addressed before moving forward with negotiations between both countries, says the CEO of consulting firm Gas Energy, Rivaldo Moreira Neto.

"If I have a neighbor with competitive gas and, if I have a market that is still an importer of LNG [liquefied natural gas] and Bolivian gas, besides living practically under a Petrobras monopoly, it's always interesting to access new sources of supply," he tells BNamericas.

He adds, however, that Argentina's internal policies are complex and include domestic price controls, multiple exchange rates for the peso and frequent balance of payments crises. "The question is how to structure this solution without the risk remaining entirely within the Brazilian market."

There are also doubts about the extent to which Brazil can tap gas from Vaca Muerta, given that Argentina is a major consumer and importer of fuel, especially in the winter.

Moreira Neto also points out the logistical challenge to inject the gas into the Brazilian grid. The best way for gas from Vaca Muerta to reach the Brazilian market, he believes, would be to invert the flow of the infrastructure that connects Argentina to Bolivia.

"There is still no clarity about how this gas will reach Brazil. If through Rio Grande do Sul or Bolivia. Or by LNG, liquefied in Buenos Aires, which would be more expensive," he says.

Rogério Manso, CEO of Brazil’s natural gas transporters association ATGás, finds the Brazil-Argentina initiative interesting. “Argentina has one of the world's largest shale gas reserves, and Brazil has a potential market in the south and southeast regions,” he tells BNamericas.

BNDES has been burned in the past by financial operations to benefit Brazilian engineering companies in overseas projects during previous administrations of Lula's workers party (PT).

Since 1998, when it launched a financing program to foster the export of Brazilian engineering services, BNDES has carried out approximately 150 operations for a total of US$10.5bn in 15 countries.

Cristiano Holanda Travassos, a partner at the MMA Legal law firm, says that a key point in structuring financing operations of this nature is the quality and strength of the guarantees provided by foreign governments responsible for payment.

“In this context, as reported in the press, the government would use a sovereign guarantee fund, so that Banco do Brasil and the Argentine bank involved in the operation do not take the risks of the operation, which signals the intention to avoid default problems that occurred in previous operations,” he tells BNamericas.

A roundup of upstream oil and gas news from Argentina.

Combined, authorization requests corresponding to 612,201m3 of oil and gasoline were published in December.