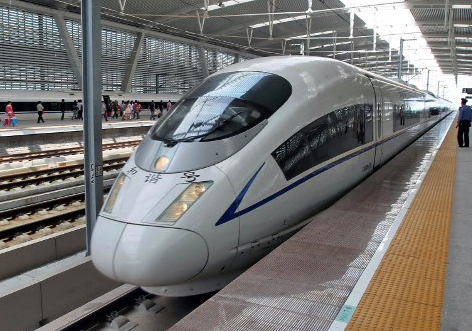 New details on the US$2.3bn project to build a high speed rail service between Chilean capital Santiago and the port cities of Valparaíso and San Antonio have been unveiled, as the country's concessions office published its first review of the proposal made by Chilean-Chinese consortium TVS.

The review was completed in a meeting on February 28, although the concessions council did not release the minutes of the meeting until this week.

In that meeting, the council received the design of the project, which entails a total of 231km of rails divided into two main branches, documents show.

The first, dubbed Eje Troncal Norte, would cover 138km between the Barón pier in the city of Valparaíso and Santiago's Maipú district, while the second, called Eje Troncal Sur, would connect Nos station in the central Metropolitana region with the port of San Antonio.

The rail system would operate as a mixed service, serving both freight and passenger transport. One sector in the municipality of Melipilla would have with four lines for this purpose, with two for passengers and two for freight trains.

In the case of the Valparaíso-Santiago line, freight trains would be allowed to circulate on a defined schedule, but only on the section that begins 47km away from Santiago.

The passenger service would have four stations, one at Valparaíso, a second one in the neighboring city of Viña del Mar, a third at Casa Blanca, which would be adjacent to the Ruta 68 hgihway, and the fourth in Santiago, which would be close to the Del Sol Metro station.

TVS stated that, of the total network, 203km will be new rails, while the remaining 28km would be existing infrastructure owned by state rail firm EFE that would be rehabilitated for the new service.

In its assessment, the concessions council decided to request additional information from TVS, in order to assess whether the project can be declared as being of public interest.

According to the public works ministry's (MOP) framework for private initiatives, following the initial review, the MOP has 10 working days to request information from TVS, which in turn will have five days to respond.

If the council rules that the train project is of public interest, the project will go to a proposition stage in which TVS will have to carry out feasibility, demand and environmental studies, after which the MOP will evaluate whether it can be carried out as a concession. If passed, then the ministry will have one year to call a tender.

It is not clear when the project will return to the concessions council, as the following meeting, held on March 14, did not include discussion of the rail proposal.

Most submissions related to energy projects, according to latest official figures.