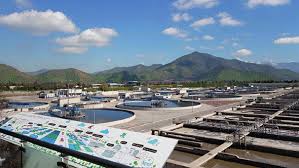 Chile’s drive to increase wastewater reuse is stuck because of concerns regarding ownership rights and cost of treated wastewater, an official from water services regulator SISS said.

“The law doesn’t define the ownership of wastewater,” studies and regulations head Christian Lillo told a water reuse webinar held by the school of engineering.

Santiago utility Aguas Andinas is advancing a US$100mn project that would allow farmers in the Maipo River basin to use treated wastewater.

Lillo said the project entails a 35km pipeline between a treatment plant in Santiago’s Padre Hurtado district and the Maipo River and would avoid the ownership problem because the farmers, in exchange for the treated water, would release an equivalent amount of raw water into the river that would then be used in the potable water treatment plants.

But when SISS asked utilities in 2020 about plans for greywater reuse, none replied, which Lillo attributed to the lack of regulatory clarity. Even though a law regulating greywater management and reuse passed in 2018, the health ministry still hasn’t issued rules for its application.

While full treatment would increase the amount of water available for reuse, it would also come with cost concerns, according to Lillo. “Who are you going to charge this to? Users? That would increase rates.”

Last month, the head of the Santiago-Maipo water fund, Claudia Papic, told BNamericas that “if we could use the water resources we have nowadays two or three more times, we would be increasing our water availability by 200% or 300%.”

Such an increase would make a major difference as Chile is suffering a 13-year drought.

According to an official from the State Department, Chile can contribute to make the Western Hemisphere self sufficient in terms of energy through ...