COVID-19: What next for Brazil's Angra 3 nuclear plant? 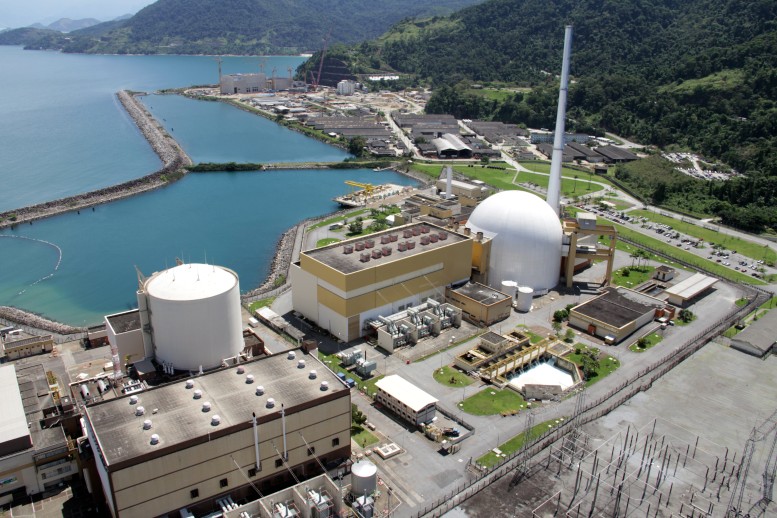 The COVID-19 crisis will likely delay the continuation of construction works at Brazil’s 1.4GW Angra 3 nuclear power plant in Rio de Janeiro state, according to a sector expert.

The process to resume works have not stopped despite the pandemic but it is behind schedule, Claudio Almeida, president of Brazilian nuclear power association Aben, told BNamericas.

Works on Angra 3 have been ongoing for 35 years and are 62% complete.

The current timetable states that the plant will start operations by 2026, a deadline that has become increasingly unlikely due to COVID-19.

“The expectation was to hold a tender this year but this will depend on how the pandemic evolves, as many of the negotiations with foreign firms cannot be held online. Delays to the start of operations will probably be proportional to those postponements of the tender process,” said Almeida.

Last week, the government's investment partnerships program (PPI) approved guidelines to finish the project, which include closing an engineering, procurement and construction (EPC) contract and separating the financing and the construction risks. The EPC firm that will be hired may become a partner of state-run Eletronuclear, who owns the plant, but this will not be a mandatory condition.

The next steps include the hiring by Brazilian development bank BNDES of consulting firms who will perform due diligence studies to confirm the costs to finish the plant.

Estimates made so far say that the complete construction of Angra 3 would cost around 15.5bn reais (US$2.98bn) plus the 9.9bn reais already invested.

State-run Eletrobras, who controls Eletronuclear, has set a 13.9bn-real capex for the project in its 2020-24 investment plan. Those figures will likely need an update as the real has suffered a strong depreciation against the US dollar this year.

“The required investments are very high and a part of it will be made by Eletrobras, but another part will come from the negotiations with the firm that wins the tender. Brazil’s currency has been oscillating a lot and although I believe it will stabilize in the future this will have an impact because part of the works that will be contracted abroad,” Almeida said.

Some works on the plant have already restarted this year, with Eletronuclear’s workers already preparing the site.

“If the tender was held in 2020, construction works could restart next year. Eletronuclear is advancing with critical activities and initiating mobilization,” said Almeida.

Like in some European countries, Brazil could use investments in the nuclear sector to help support the economic recovery after the coronavirus crisis, he added.

Some of the companies interested in the works to complete Angra 3 include China’s CNNC, Russia‘s Rosatom, US-based Westinghouse, Areva from France, and South Korean firm Kepco.

Access to financing will be a key factor for who wins the tender, according to sector experts.

Construction of the plant started in 1984 and was interrupted for the first time in 1986, as funds became unavailable due to an economic crisis. Works then resumed in 2010 but were halted again in 2015 when corruption allegations emerged as part of the country’s massive Lava Jato corruption investigation.

Current energy minister Bento Albuquerque, who took office in January last year, has said that Angra 3 would be a priority during his term.

The projects will have a combined installed generation capacity of 1.5GW.

Want to read more information about COVID-19: What next for Brazil's Angra 3 nuclear plant??