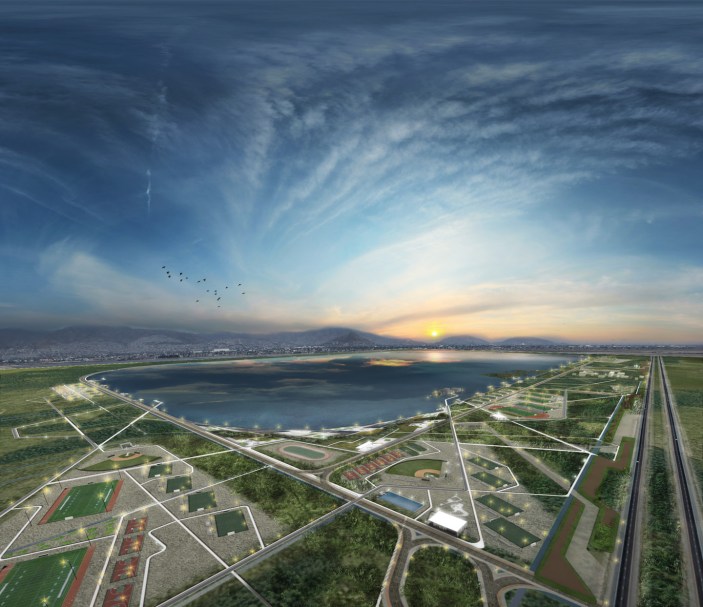 The López Obrador administration has confirmed a project to build an ecological park in the 40km site in the Valley of Mexico where the administration of former president Enrique Peña Nieto attempted to build a US$14.6bn international airport.

The project will be carried out by architect and urban planner Iñaki Echeverría, who proposed the ecological park more than a decade ago.

Echeverría was awarded a contract by water authority Conagua in early 2019 to restore the dry lake's natural ecosystem. Remains of construction material from the canceled Mexico City new international airport (NAICM) project can still be spotted at the site.

Although details are scarce, the original proposal in 2010 called for the “biggest urban park in the world.”

Just a little more than a year ago, Constructora Terminal Valle de México (CTVM), which was awarded the contract for the terminal building at Texcoco, was working at the Texcoco site.

GACM, the state holding that was in charge of building NAICM to replace the existing Benito Juárez international airport (AICM), reached an agreement with CTVM in July 2019 to cancel a contract signed in 2017.

President Andrés Manuel López Obrador, who took office at the end of 2018, promised during his campaign that he would cancel the airport project if elected, citing the high costs and potential for an ecological disaster.

López Obrador has proposed a three-airport system to deal with the lack of capacity al AICM.

(Pictured: A rendering of the park by Iñaki Echeverría)