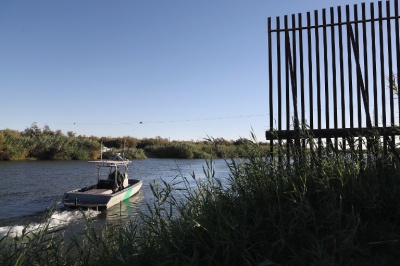 The water sharing deal that Mexico and the US have over the Colorado river was set to be renewed and expanded Wednesday following months of negotiations.

Through the extension, which has been named Minute 323, the US government will commit to invest US$31.5mn in order to enhance Mexico's water infrastructure - and thus improve the use of the river's water supply by reducing leaks and other problems, the AP reported.

The water saved through the improved infrastructure would then be shared by users and projects in both countries.

According to the report, Mexico is set to lay out a strategy on how to reduce its consumption for when the river's water levels run too low. The US would also be required to come up with a shortage plan of its own.

The new agreement will be in force until 2026.

The continuation of a program launched in 2014 to restore the river delta that entailed the release of a series of pulse flows from Mexico's Morelos dam is not included in the agreement, according to the report.

Neither the Mexico or US chapters of the International Boundary and Water Commission (IBWC), nor the Mexican government, have publicly commented on the new agreement.

The path leading to the new agreement

The water sharing deal is part of a treaty between Mexico and the US that dates back to 1944. In 2012, the countries agreed on new rules for the sharing and managing of water from the Colorado River basin, which serves some 30mn people in both nations. That agreement expires at the end of this year.

Under the treaty, Mexico is entitled to use 1.9Bm3/year, while the US uses the remainder of the water. The river's average annual flow is said to be 20Bm3.

Authorities from both countries had been working to secure an extension since 2015. According to press reports, negotiators from the administration of former president Barack Obama were trying to close a deal before Donald Trump took office as they feared the former property tycoon could put the agreement in his cross-hairs.

Earlier this year, Mexican officials expressed concern that a potential decision by Trump to review the agreement could affect the water supply that northern states in Mexico receive from the waterway.

A group of Mexican farmers from Mexicali, a municipality in Baja California state, are camping outside the IBWC offices in the state capital protesting the expected signing of Minute 323, according to a report by news portal UniEnsenada.

The farmers argue that the new agreement authorizes Mexico to sell some of its Colorado river water supply to the US, a move that is not allowed by the Mexican constitution, and that the deal reduces the volume of water Mexico is set to receive.

According to the protesters, the decision on how to determine when water levels on the river are too low will be in the hands of a committee comprised solely by US officials.

Funds are shceduled to be spent this year, according to a request for funds sent to the finance ministry by Conagua.

In this document you will find a selection of key advanced-stage projects with commercial opportunities in the electric power, mining and metals, o...